Let’s Make A Mug Too Premieres Next Year 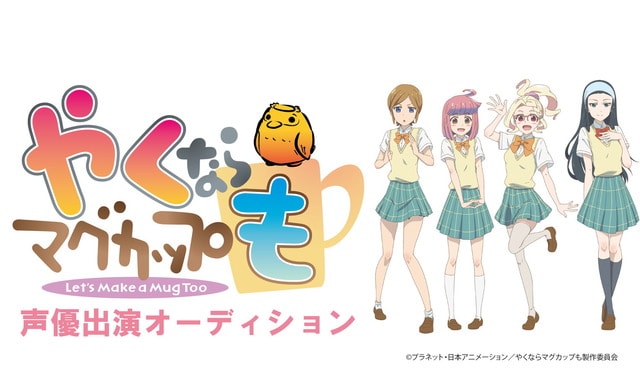 Let’s Make a Mug Too is a Japanese manga series. The manga was created to promote the  Tajimi city in Gifu of Japan. The city of Tajimi is best known for its ceramic works and has various museums. The heritage and rich culture of the city is its pride.

What are the latest updates on Let’s make a mug too?

Let’s Make a Mug too is a story about a high-school girl. In the manga series, the young girl is seen moving to the city of Tajimi. She discovers new friends there and also gets familiar with the culture and ceramic arts of the city. The manga series has some of the best artistic illustrations. The team has done an amazing job in developing this manga series.

The official website of “Let’s Make a Mug Too” has announced that the development team will be making an anime adaptation and the company Nippon Animation will be helping them in adapting the series. The anime will premiere in April of 2021 and the fans are excited because the promotional video of the series has just been dropped.

What is the promotional video of the series all about? 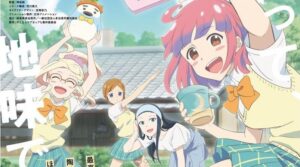 The PV features of the series tell the story of Himeno. She is seen starting her journey and looks excited in the teaser as she joins high-school in Tajimi City. The teaser also gives us a shot of the shopping street of Tajimi which is portrayed as a beautiful picturesque place. The teaser promotes the city well as we see a lot of breathtaking tourist spots in it.

The makers of the series have also released a visual poster of the anime. It reveals the four main characters that include Himeno, Naoko, Mika, and Touko. They are seen holding onto ceramic cups with joyful smiles and look happy and excited.

Who is the team behind Let’s Make A Mug Too?

About Let’s Make A Mug Too

The story of the Japanese manga series highlights the ceramic arts of Tajimi. The fans of the Japanese animated series will be able to see Himeno get involved in a new found love for pottery. She will learn pottery with her club friends. Let’s make a mug is a manga that has been made to promote the age-old pottery and ceramic traditions of Tajimi City in Japan.

The story features a young girl Himeno, who is a newcomer in a high school and moves to Tajimi City. She discovers ceramic pottery and falls in love with it. This is her newfound hobby and this hobby brings her closer to the girls who her with her in the pottery club. She discovers friendship and gets to know about the Japanese culture by getting involved in ceramics along with her club friends.