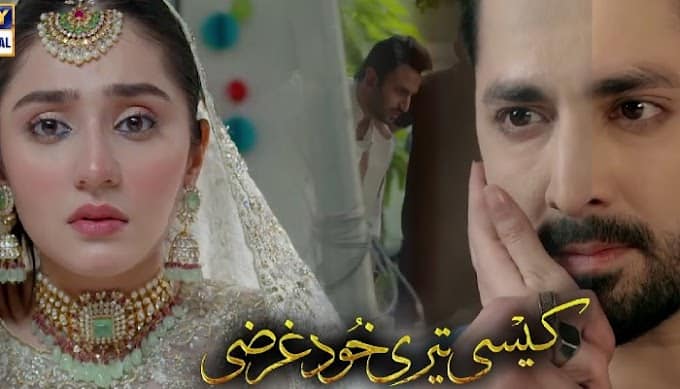 IDream Entertainment has launched their new drama for ARY Digital and the drama has created a lot of buzz among Pakistani drama lovers. The drama marks the return of Danish Taimoor and Nauman Ijaz to the TV screens. The show includes a stellar star cast and has an interesting and gripping storyline.

There is romance, suspense, emotions, and amusement and you can expect to go on a roller coaster ride with Kaisi Teri Khudgarzi. It is a tale of an innocent girl who falls prey to the cruelness of a rich brat. Dur e Fishan Saleem and Danish Taimoor play the two main protagonists in the show. Let’s find out more about Kaisi Teri Khudgarzi.

Who Is In The Cast Of Kaisi Teri Khudgarzi?

What Is The Story Of Kaisi Teri Khudgarzi Drama? 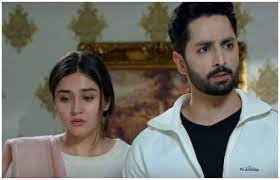 Kaisi Teri Khudgarzi follows the story of a middle-class girl Mehak and a rich spoiled brat Shamsher. The fascinating love story of the lead couple is winning hearts. Danish plays the character of Shamsher, a ruined child of a rich dad. Shamsher takes any measures to get whatever makes him excited. He falls in love with Mehak at first sight and aims to marry her by hook or by crook. He has a brutal nature and goes to any extent to obtain his goals.

Mehak and Shamsher belong to two different worlds. They have a completely different setup and they are worlds apart in nature as well. Mehak belongs to a middle-class family. She is the daughter of a University teacher and a housewife mother. Shamsher comes from a highly influential and rich family.

Mehak is living a happy and peaceful life with her family but things take a wild turn when she encounters Shamsher. In an unfortunate incident, Mehak’s father gets involved in an argument with Shamsher. The show is about the obsession of a boy with a girl. The show is receiving good reviews from the viewers. Although the story of the drama is not new the amazing performances of the actors have helped the show to achieve high ratings.

Kaisi Teri Khudgarzi is currently running on ARY Digital. Shamsher has married Mehak by force and the two are living under the same roof in the current episodes. The grey-shaded character of Shamsher is loved by the audience. The ending of the show is pending and we don’t know whether the show will have a happy or sad ending.

Who Is The Team Behind Kaisi Teri Khudgarzi?

The writer of the drama Kaisi Teri Khudgarzi Drama is Radain Shah. It is produced by Abdullah Seja. Ahmed Bhatti is directing the series. 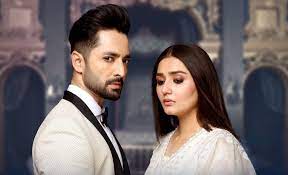 Many people these days love to watch TV shows and movies online. This is why every entertainment channel is providing fresh episodes of their programs online as well. If you want to stream the latest episode of Kaisi Teri Khudgarzi online, you can watch it on the official YouTube channel of ARY Digital. You can catch all the episodes of the show online.

What Is The Release Date Of Kaisi Teri Khudgarzi?

Kaisi Teri Khudgazri’s first episode aired on May 11, 2022. The new episode of the drama airs every Wednesday at 8 PM on ARY Digital.