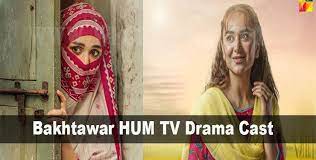 Bakhtawar is a Pakistani drama serial that airs on Hum TV. The drama stars Yumna Zaidi, Zaviyar Nauman in the lead roles. It is directed by Shahid Shafat and is written by Nadia Akhtar and produced by Momina Duraid. The new drama serial started airing on HUM TV in July.

Hum TV dramas are gaining high viewership and TRPs and this drama is also getting a lot of attention from Pakistani drama lovers. Bakhtawar is receiving great reviews from the audience and critics alike. If you are not watching the show scroll down to know more about it. 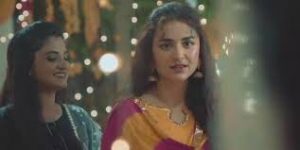 The star cast of Bakhtawar includes big stars like Yumna Zaidi and Huma Nawab. The amazing and convincing performance of the actors has given life and soul to the characters they are playing. Here is the cast of Bakhtawar.

Bakhtawar stars Yumna Zaidi in the lead role. She plays the protagonist Bakhtawar in the drama. Yumna is a charming and brilliant actress who has played prominent and impressive characters in many hit Pakistani dramas. Her previous shows on Television have achieved solid viewership and fan following. In recent years, her dramas Parizaad, Pyar Kay Sadqay, Ishq E Laa, and Sinf E Aahan reached the heights of popularity.

Zaviyar Noman Ijaz is a young and talented Pakistani model and actor. He is the son of the famous actor Nauman Ijaz. He made his debut with the drama serial ‘Qissa Meherbano Ka’ opposite Mawra Hocane and Ahsan Khan. He caught the attention of the media when he walked the ramp with his father recently. The actor has starred in the hit dramas Sang-e-Mah and Qissa Meherbano Ka.

Adnan Shah Tipu will also play an integral role in Bakhtawar. He is a well-known actor in Pakistan who is known for his comic and negative roles.

The drama also stars Huma Nawab who is a Pakistani actress. She played significant roles in drama serials Aahat, Nijaat, and Silsila.

Mizna Waqas is a Pakistani television and theatre actress. She is known for her supporting roles in several hit drama series. Mizna plays the role of Billo in Hum TV’s popular series Suno Chanda and its sequel Suno Chanda 2. She is currently playing the role of Saad’s Sister in Qayamat 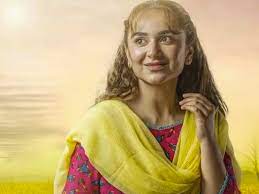 Bakhtawar Drama airs on HUM TV. The new episode of the drama airs every Saturday at 8:00 PM. If you miss the broadcast of the episode at 8 PM you can check the schedule for a repeat telecast of the show for Bakhtwar from the official HUM TV website.

Bakhtawar is based on a real-life story of a woman who transforms herself into a man to earn a living. The show tells the tale of a girl who changes her identity and starts living like a man. The story of the drama is about the journey of a young girl who changes her appearance. She is trying to escape her troubled home and difficulties. Her aim is to achieve her dreams and create a better tomorrow for herself.

The scene was inspired by a real-life incident that happened in Faisalabad. Umar Daraz killed a young girl Mahwish Arshad, a bus hostess. Umar who worked as a security guard working for the same company killed Mahwish because she refused his marriage proposal.

Bakhtwar highlights the patriarchal mindset prevailing in our society. The drama gives out a strong message to stop all kinds of injustice against women in Pakistani society.  Social media users were overwhelmed after watching the episode and the show has become the talk of the town due to its storyline.

HUM TV drama serial Bakhtawar first episode aired on 17th July 2022. The new episodes of the drama come out every Saturday at 8 PM.

Where To Watch Bakhtawar Online?

If you cannot accommodate your schedule to watch Bakhtawar at 8 PM on HUM TV you can catch it online on the official YouTube Channel of HUM TV. International viewers of the drama can also watch it online.