Zoe Saldana is a popular American actress and dancer. She got a lot of name and fame with her high profile and diverse roles. Her blockbusters films include  ‘Pirates of the Caribbean: The Curse of the Black Pearl’, ‘Star Trek’, ‘Star Trek Into Darkness’ and ‘Avatar’. Apart from that she is a ballet dancer and has a lot of skills too. Zoe started her career as a theater artist and since then there is no looking back. She has played in many plays for both FACES and New York Youth theatre group. 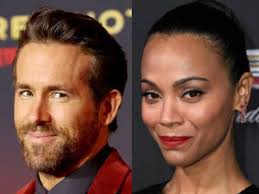 Zoe was born on June 19th, 1979 in New Jersey. Her parents are Aridio Saldana and Asalia Nazario. She has got three siblings that include two sisters and one half brother. You will be surprised to know that she is from a mixed heritage. Her father is from Dominican Republic while her mother is from Puerto Rico. She is proficient in both English and Spanish. When she was nine her father passed away in a car accident. She and her mother along with siblings moved to Dominican to live with her grandparents. Her height is five feet and seven inches while she is 43 years old. 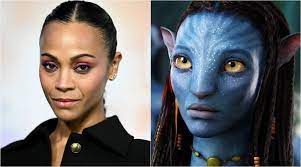 In 2009 Zoe won her first award by winning in the category of ‘Best Ensemble Cast’. Boston Society of Film Critics’ awards presented this award for ‘Star Trek’. Following another year she won multiple awards in the best actress category. She won it for her role of Neytiri in James Cameron’s film, ‘Avatar’. Some other important awards in her list includes: ‘Academy of Science, Fiction, and Fantasy & Horror Films.

Zoe got a break on big screen with ‘Center Stage’. Till date she has enjoyed a lot of success due to her diverse roles. With a huge lineup of highest grossing movies she has everything anyone will wish for. There is no doubt she has an edge over others with a lot of versatility. The best part is that she doesn’t want to restrict herself to only one genre. That is the secret of her success too.

Everyone has praised her effortless performances and her movies range of comedy, tragedy and sci-fi. With her intense concentration on her work she has become one of the top actresses of her time. Other than being a successful actress she is a skillful businesswoman. One of a big part of income comes from her lineup of restaurants, a fragrance line, and clothing brand. It also includes her own line of Vodka.  Some of her most popular movies include:

Zoe continues to visit Dominican Republic frequently. Her two sisters Cisely and Mariel appeared in 2007 GAP advertisement with her. She got married to Marco Perego Saldana in 2013.  They couple has three children named Bowie Ezio Perego-Saldana, Cy Aridio Perego-Saldana, Zen Perego-Saldana.  Zoe is a popular actress, dancer and a business woman. She has earned a total of $20 through her wise career choices.