Triple H has now taken over the creative control at WWE. It seems that he is now considering character changes for some wrestling stars. Dominik Dijakovic, Dio Madden, Mia Yim, and Shane Thorne have debuted at ‘RAW’ and ‘SmackDown’. They all jointed the company in the summer of 2020 as the Retribution under the leadership of Mustafa Ali. Since then Dominik is popular by the name T-Bar while Madden, Yim, and Thorne have their separate names. The list of names include Mace, Reckoning, and Slapjack and respectively. For now they all moved to a number of promotions and gimmicks. Here is more to this story: 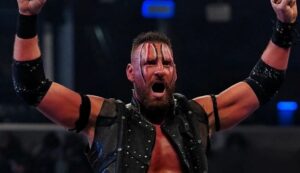 Many top WWE stars including Dominik will be going for major character changes. For now he is promoting various events and other things at WWE.  After Retribution fizzled out things became different. Sometime later Mia Yim and Shane Thorne got released.

Similarly Mace, Mustafa Ali, and T-Bar became busy with their own activities. Ali has now become more like a babyface on ‘RAW’ midcard. However Mace has become a part of the maximum male models. Mansoor, Max Dupri, and Maxxine Dupri are along with them on “SmackDown.”

With the entry of T-Bar it seems he will officially become a part of Monday Night ‘Raw’ roster. For now WWE has but him aside on the back burner but as mainstay on the ‘Main Event’. This though has been going on for a while but now is the time to go for these changes too.

Some new reports coming from wrestling portals state that T-Bar and his character will go through major changes. All the repackaging plans are in store and it will happen under the creative direction of Triple H.  Over the past few weeks the wrestling crowd is liking the matches of T-bar as various main events. It also includes his big return to the Madison Square Garden last month.

T-Bar To Get A Character Change 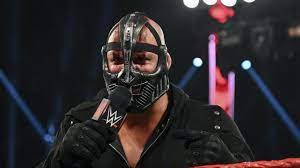 According to the latest updates T-Bar will have to go through major changes in his WWE character. It is still not clear what the repacking holds but we will soon find out. Triple H has recently made some changes for Karrion Kross on SmackDown. Everyone hopes to find more about the changes that will come in for Triple H. We can also expect the return of his NXT character Dominik Dijakovic

On ‘NXT’ Dominik is working under the creative guidance of Triple H since sometime. However, he has not been a part of any champion there as yet. It seems he was only booked for big time championship matches against Keith Lee. They have been strong rivals since 2020.

If this isn’t enough Dominik Dijakovic is involved with the 2019 Men’s War games match. In almost all these matches he along with Keith Lee and Tommaso Ciampa teamed up. They joined the former “NXT” Champion Kevin Owens along. It was one of the off-return match to NXT and made Keith work harder to maintain his Undisputed Era.

Sasha Banks To Go For A New Look

Over the last couple of months things haven’t gone well for Sasha. Due to the creative differences with Vince McMahon she wasn’t keen on working for the company. Naomi followed her decision and decided to move on from WWE. The duo has not been a part of any television show since then.

Under the new creative team, there are rumors of both returning inside the ring.  Sasha Banks was recently seen with a new hair color at the meet and greet in Chicago. Her signature look includes blue and green remains in her hair. However, she has now added other colors like yellow and red respectively.

If this isn’t enough WWE has announced that WWE Women’s Tag Team Championship will finally happen very soon. The tournament will begin on Monday at ‘RAW’. The last titles were held by both Naomi and Sasha. They easily won fatal four way tag team match at the WrestleMania. These superstars know how to use their skills inside the ring and impress all the audiences.

Whether both Sasha and Naomi return is yet to be seen. There are no updates on who will be joining this event. It seems we may have to wait till an official announcement happens. If you are looking for more updates on wrestling stars, don’t forget to check out this space.