The Ultimatum: Release Date, Couples And What To Expect From The Netflix Dating Show

The Ultimatum: Marry Or Move On is a new dating show which is all set to hit Netflix. The show is hosted by Nick and Vanessa Lachey. The series focuses on the romantic journeys of six couples. They take part in an intriguing dating experiment. The creators of Love is Blind have come up with this new show and will be the next big reality series for Netflix.

But as with any new series, the viewers wonder what The Ultimatum: Marry Or Move On is about, when it will release and who will be taking part in it. Here is all you need to know about The Ultimatum Marry or Move.

What Is Netflix’s The Ultimatum: Marry Or Move On About? 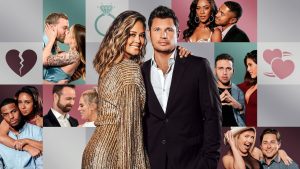 The Ultimatum: Marry Or Move On is a dating show. The reality show will focus on six different couples who are on the brink of marriage. The couples from across America participate in the experiment of a lifetime.

The series will focus on couples where one partner in the relationship is ready to get married, while the other is not sure about settling down yet. Their bond will be bond is put to the test. During the course of eight weeks, the couples will get to know the other individuals before they are given an ultimatum.

Individuals will spend three weeks with a new partner and three weeks with the person they have arrived with. This will give them a glimpse of two very different potential futures. At the end of the experiment, the couples will either commit to marriage or move on forever. Along the way, there will be trials and tribulations. The Netflix show will enable the participants to discover what they really want for themselves.

When Is The Ultimatum: Marry Or Move On Releasing On Netflix?

The Ultimatum: Marry Or Move first 8 episodes will be released on Netflix on Wednesday, April 6, 2022. The remaining episodes, the finale and reunion show, will be coming to the streaming platform from Wednesday, April 13, 2022.

Netflix releases new episodes at midnight on the West Coast and at 3 a.m. on the east coast of the U.S. The viewers of the U.K. can catch the show at 8 a.m. Meanwhile, in Europe, the episodes will arrive at 9 am.

Who Are The Ultimatum Couples? 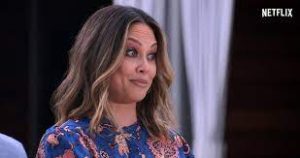 The couple are together for two years. Alexis issued the ultimatum.

The pair have been in love for one and a half years. Colby issued the ultimatum.

The young couple has been dating for one and a half years. Shanique issued the ultimatum.

The couple are together for two years. April issued the ultimatum.

They have been in a close relationship for two and a half years. Nate issued the ultimatum.

The couple are in a committed relationship for two and a half years. Rae issued the ultimatum.