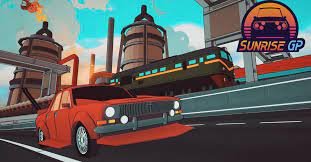 Developer Garage 5 and publisher Gamedust has released a new trailer for their latest video game Sunrise GP. The game developers have revealed the upcoming stylized racing title of the game as well. The game will be titled Sunrise GP. Let’s get to know more about it in the post below.

Racing Game Sunrise GP: What to expect from it?

This particular game has taken the standard racing games to another level. It will be equipped with power-packed features. The fans of racing games will be getting a treat in the form of Sunrise GP. It will be given a cartoonish polish as you will be racing around in the classic-looking cars. The video gamers will get to enjoy a stylized version of classic cars and will ride around every level of the game. You will also be able to ride the fun tracks. The developers have not created the game to aim for accuracy, realism.

Is There A Trailer of Sunrise GP? 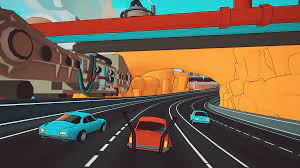 This game is all about fun and the gamers can find out more about it in the latest trailer of Sunrise GP. The presentation trailer of the game has been released and you can get to know more about it by watching the trailer.

What Is The Release Date of Sunrise GP?

Sunrise GP will be released on the Nintendo Switch in 2022. The exact release date of the game has not been revealed by the game developers.

In Sunrise GP, the players will be competing with other racing cars. They will be driving various vehicles that will differentiate from each other. The cars will be entirely different from each other in handling or acceleration. The cars are similar to the classic vehicles from Eastern Europe.

Sunrise GP will feature a plethora of tracks. In each race, the players will be racing around different parts of the world. They will also be given some exciting challenges. Besides the single-player campaign, the Sunrise GP will also feature a split-screen local multiplayer mode. This will be designed for up to four people. You can also get into the challenge mode and a quick race.

What Are The Features Of Sunrise GP? 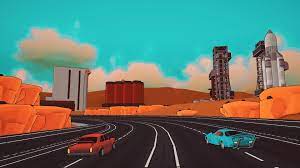 Sunrise GP has been designed with beautiful shots. You can also take advantage of the in-game Photo Mode. The players will be perpetuating the most memorable racing moments. Here are some of the latest features of Sunrise GP.