Moon Knight Release Date, Plot, Cast And Everything You Need To Know 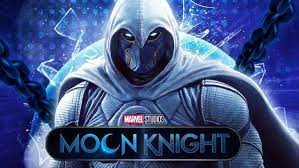 Moon Knight is created by Marvel writer Doug Moench and artist Don Perlin. Moon Knight was first seen in the pages of Werewolf by Night #32 in 1975. The new series will be a fresh spin on the superhero’s comics origins. It will show that battling evil and injustice can come with a heavy price. Moon Knight also focuses on a character dealing with a dissociative personality disorder. Let’s discover all the latest details about Moon Knight’s TV debut.

How Many Episodes Will Be There In Moon Knight And Where To Stream It?

Moon Knight will be coming to Disney+. The superhero event series will consist of six weekly episodes. Each episode will be 40-50 minutes. The following are the streaming dates for each of the episodes:

Who Is In The Star Cast Of Moon Knight? 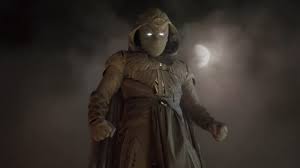 Oscar Isaac will star as a gift shop attendant. Star Wars fans will remember Isaac as an ace X-wing pilot. Ethan Hawke (Gattaca, Training Day) will co-star the cult leader Arthur Harrow. He will play a potential foe of Moon Knight’s due to his allegiance to the Egyptian god Ammit.

The other cast members will include May Calamawy as archaeologist Layla El-Faouly, and Lucy Thackeray as Donna. The series will also star the late Gaspard Ulliel as Anton Mogart. Academy Award-winning actor F. Murray Abraham will lend his vengeful voice to the Egyptian god Khonshu.

Is There A Moon Knight Trailer?

Marvel has released the latest trailer on March 14. The trailer highlights the dark nature of Isaac’s psyche on full display. We also witness an incredibly cool costume of Isaac in the trailer.

Read More: The Ultimatum: Release Date, Couples And What To Expect From The Netflix Dating Show

What Is The Plot Of Moon Knight? 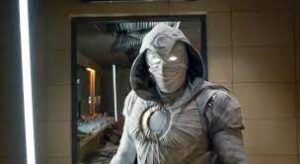 Moon Knight has released a teaser trailer which revealed a lot of details about the show. Moon Knight will remain pretty faithful to the comic book origin story. Abandoning the MCU’s oft-used New York City location is going to be a refreshing change. The new paranormal destiny and Marc Spector is dealing with Dissociative Identity Disorder. His distinct personalities, like British gift shop clerk Steven Grant, and New York cabbie Jake Lockley make him an interesting character. The superhero series is directed by award-winning Egyptian filmmaker Mohamed Diab (4 episodes).

Will There Be A Moon Knight Season 2?

Marvel Studios chief Kevin Feige has confirmed one season. There are chances that things change and a season is announced.

What Is The Release Date Of Moon Knight?