The Last Bus Release Date, Plot, Cast And All You Need To Know 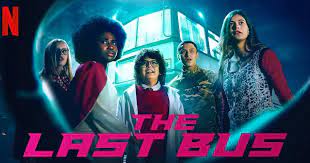 The Last Bus is an upcoming Netflix series. The series is about tiny robots who don’t mercilessly kill but make people vanish. It is a story about uncontrollable robots who are hard to tackle. They have turned homicidal and there is no way out to control their dangerous deeds. If you are curious to know more about The Last Bus, then read the post below to find out more.

What Is The Plot Of The Last Bus? 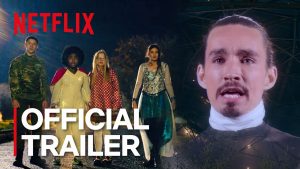 The Last Bus is a story about a group of school kids who go on a field trip together. They go on this trip to participate in the launch of ‘genie orbs’. It is a new type of robot created by tech billionaire Dalton Monkhouse. This robot is designed to help clean up the environment.

The robots vaporize everyone in the audience. Similar incidents happen all across the world. The students manage to escape the carnage and come back to their school bus. After returning home they get shocked to see a mysterious empty world. They end up having no choice but to set out on a journey to discover the truth.

They are determined to find Dalton Monkhouse who has created these robots. They want to demand answers from him but they soon find out that it is not going to be an easy ride for them. They must tackle huge junk monsters while they are on their journey. Can the students save the world from a robot apocalypse? Watch the series to find out the answers.

Who Is In Cast Of The Last Bus? 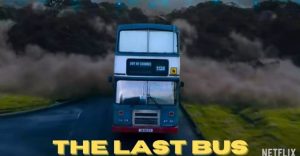 What Is The Release Date Of The Last Bus?

The Last Bus will be released exclusively on Netflix on April 1st 2022.

Is There A Trailer Of The Last Bus Trailer?

The trailer for The Last Bus was released on March 4, 2022. The trailer starts off with a nice and chills scientific field trip. Things take a wild turn when the hovering robots start to attack the humans. The robots become homicidal maniacs. With one laser beam, a person vanishes. This kick starts a robot apocalypse and wipes out every person in vision.

A few school kids are left who manages to run away and save themselves. The responsibility to restore the world back to normal has fallen on the shoulders of the kids. They don’t even have a clear idea about the dangers of the outside world. The trailer of the show promises a thrilling ride.