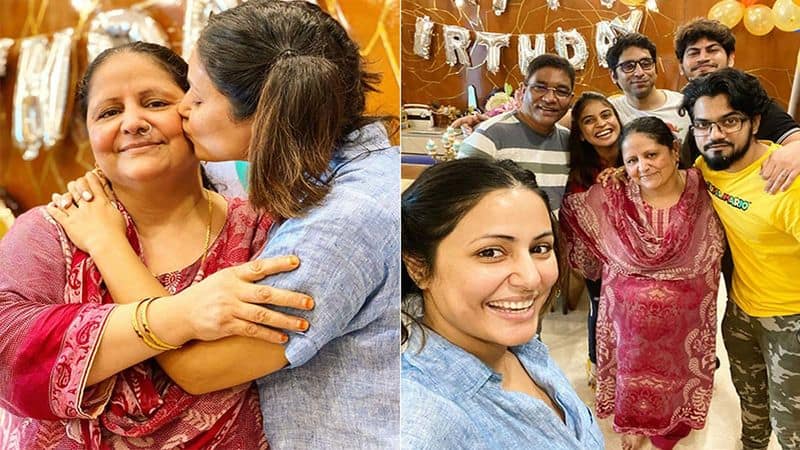 Hina Khan popularly known as Akshara from the serial Yeh Rishta Kya Kehlata Hai is a famous name on Television. She was also a part of Big Boss but she didn’t manage to win the show and this made her fans sad. The popular actress Shilpa Shinde won the Big Boss trophy beating Hina Khan. Although Hina couldn’t win the show she did make many more fans after the show.

Contents show
1 How did Hina Khan celebrate her mother’s birthday?
2 What was Hina Khan’s message for her mother?
3 Which was the recent project of Hina Khan on Television?

Hina has a huge fan following and her fans want to know what she has been doing during the quarantine days. Fortunately, Hina is active on her social media accounts and love to share her life with her fans. We often spot pictures of her and her boyfriend Rocky Jaiswal in her Instagram posts. Recently Hina’s mother celebrated her birthday and Hina shared how she celebrated her mother’s birthday with her fans.

How did Hina Khan celebrate her mother’s birthday? 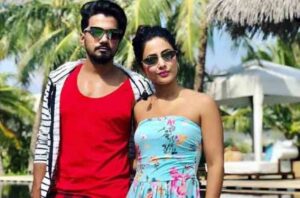 What was Hina Khan’s message for her mother?

Hina Khan shared pictures on her Instagram account on her mother’s birthday. In the pictures we see Hina Khan planting a kiss on her mother’s cheek. She also shared more pictures where the mother of the actress’ mother cutting her birthday cake. The family is also seen posing for a family picture together. The residence of Hina was decked up with balloons to celebrate her mother’s birthday. Hina sharing the pictures on her Instagram account and wrote, “Happy Birthday Maa..Meri zindagi ke chandh log, Jinke baare mai jab likhne jaati hoon to samajh nahi aata ki kya Likhun ya Phir kya kya Likhun,”

Which was the recent project of Hina Khan on Television? 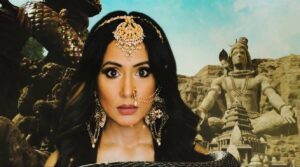 Hina was seen in Ekta Kapoor’s thriller Naagin 5 which is a supernatural drama.  She quit the show recently and the fans were sad when they heard the news. When the news of her quitting the show came out, she interacted with the fans on her social media account. She said, “I had made it pretty clear months ago that I don’t want to do television for a while. I still stick to it. Ideally, I didn’t want to do the three episodic things. I wasn’t sure whether I should do it as I am exploring a different space. I really can’t say no to Ekta and I really really respect her a lot.