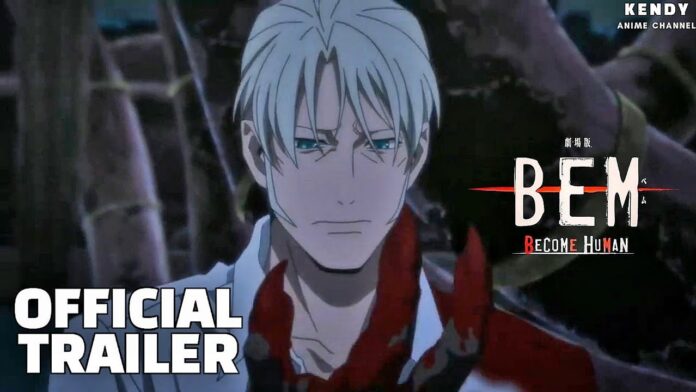 BEM Movie has released an official trailer of the anime. The fans are excited because the official Twitter account of the anime has released a trailer and a key visual for the upcoming Bem Movie: Become Human anime series. The trailer was released on Thursday, August 20. We have gathered all the details about the anime film. Let’s get to know about it more.

Who is the team behind BEM Movie: Become Human?

There is an amazing team behind the BEM Movie: Become Human and it is gaining a lot of attention.  The anime film has been directed by Hiroshi Ikehata. The animation has been produced by Production I.G.

When will BEM Movie: Become Human release in Japan?

The BEM Movie: Become Human is scheduled to release in the theaters in Japan on October 02, 2020. The upcoming theatrical anime film will continue from the story of the 2019 BEM TV anime. The film is a reboot of the cult classic 1960’s Yokai Ningen BEM which was titles “Humanoid Monster BEM”. The T.V. anime is about t a trio of uncanny creatures and they have disguised themselves as ordinary people. They are in charge to protect the humanity from monstrous threats.

Read more: Raji: an Ancient Epic review & All You Need to Know

What is the plot of BEM Movie: Become Human? 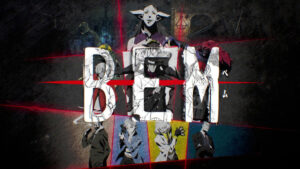 The plot of the BEM movie: Become Human will follow the story of the 2019 anime series. The anime film is set in Libra City that is a sprawling metropolis. The districts have split the rich and the poor and injustice is prevailing. There are three humanoid monsters with the name of Bem, Bela, and Belo and they are in charge to protect the humanity. The monsters are hoping that they will become humans themselves.

There is a Mysterious Lady who threatens their way of life, Bem, Bela, and Belo and the monsters are scared that they will never transform into humans. The trailer of the film has just been released online, and it looks promising. The fans are wondering how long their wait will be before they can watch the anime film.

When will BEM Movie: Become Human release outside Japan?

The trailer also previews the film’s main theme song “unforever” by Ribu. Unfortunately, there is no release date for fans that are outside Japan. However, We can assume that BEM Movie will premiere on  Funimation or Crunchyroll. The anime film might release in December.

Read more: Is New Girl Reunion Happening: All Details Inside 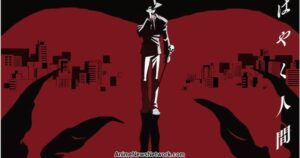 The movie takes place two years after the events that happened in the T.V. series. It tells the story of Sonia and the viewers will witness her journey to track down the “humanoid monsters”.Sonia is out on a mission to track down the mysterious humanoid creatures. She finds herself at a drug company called Draco Chemical. She meets a man with the name of Belum Eyesburg. He looks very much like Bem. Meanwhile, Belo will be seen fighting and making sure that Bela lives as an ordinary human girl. After an encounter with Sonia, Belum starts to have nightmares and he starts questioning his own identity. His peaceful life with his wife and family begins to collapse.