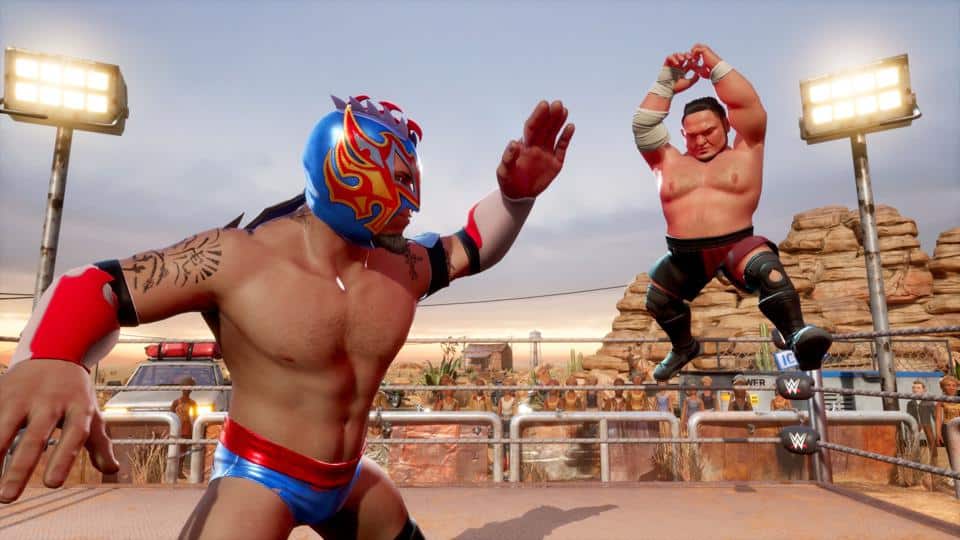 WWE 2K battlegrounds have taken the sports series into a whole new bold direction. Some players have felt that the video game is sometimes too afraid of its own uniqueness. The arcade game is fun but there are some loopholes within that are hard to ignore. If you are fond of playing wrestler action games where the contestants are made of plastic you will probably enjoy the game. However, for the senior and professional video game players, it falls short of many important things. Now we will review WWE 2K Battlegrounds in detail so let’s look at it all below: 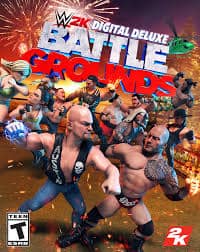 We will start off by discussing the positives of the game and the first thing is that Battlegrounds looks much better and superior to 2K20. It has been on a small budget and the risk that the makers are taken by switching the genre has paid off with huge success. There are few glitches revolving around throw reversals but nothing is that groundbreaking or out of the world. Most of the characters are easy to recognize and the bubblehead designs but it seems that the characters of males are sketched a lot better than the females.

The power-up, signature moves and unique arena features are constructed in a unique manner. They will perfectly capture the essence of the game without divulging into other details. Most of the other 2K games we have seen are trying to portray a modern version of wrestling and the sports event is shown in an extravagant manner. Battlegrounds in this regard go back to basics and depict the story in a unique way.

Read More:What can we expect from Wanda Vision?

What is the plot of WWE 2K battlegrounds? 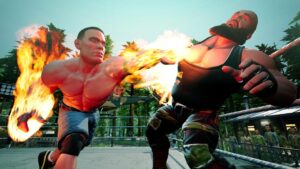 WWE 2K Battlegrounds is a perfect wrestling game that is created and developed by Saber interactive. It is published by 2K sports. The game has received mixed reviews in fact the negative remarks are much more than the positive ones. The story mode of the game is pretty easy to follow and the player can play as a newcomer in a variety of ways and characters. It is easy to access the main story while you can also enjoy it as a character through the side matches. The players can play at least 100 events and it will keep them busy through the entire game.

You can choose to play as many events as you can but the ending of the game reaches through halfway of the events. The story mode is presented as a story in the comic mode and features some of the best moments. Apart from Stone Cold no other character is strong enough to make an impact on the mind of people. Even when you have completed a lot of events or challenges you don’t become familiar with the other characters.

The gameplay is easy and switching between characters is a lot easier than other options. The actual gameplay revolves around basic rather than complex issues. The story will keep switching characters in between before the fighting style of these characters becomes repetitive to an extent.

What is the release date of WWE 2K Battlegrounds?

WWE 2K Battlegrounds will be releasing on 18th September 2020. The players can enjoy it on different platforms like Nintendo Switch, PlayStation 4, Xbox One, Google Stadia, and Microsoft Windows. You can try out the game yourself and let us know your feedback in the comment section below.