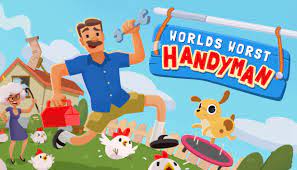 Graffiti Games have teamed up with developers Baby Lumberjack and have designed a wonderful new video game. The companies revealed that the title of the video game will be World’s Worst Handyman. The game will be released for PC and consoles. If you are looking forward to the game, then you can find out more about it in this post.

World’s Worst Handyman is coming to PC and console. The release date of the video game has not been revealed by the developers. However, they have revealed that it will be out sometime in 2022.

The players will get the chance to help out the worst of the worst handyman. They will be in charge to help him become a better handyman. During this process, you will solve puzzles that will allow you to repair objects. He has made those objects worse and you will fix them using your skills. The Handyman is doing it for a good cause because he wants to help save his local animal shelter. 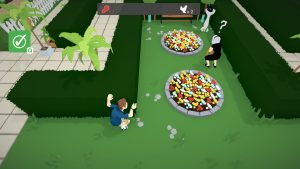 The world’s worst handyman, Doug, is given a job and he needs your help. He wants to save his furry friends who are trapped at the local animal shelter! You take on repair jobs all around the town. The players will be using Doug’s non-existent skills that are stuck in the slapstick stealth handyman sim. You will take an unintentional path of destruction and dodge workplace hazards.

The players will have to fight hazards like the angry granny, a Roomba-riding cat, and a haunted scarecrow. You will have to figure out how to progress by finding the right tool for every task. The players will locate the stray animal and will keep their special toy safe at each level. If you can manage to fix more than you break, then you will be awarded cash. Doug needs must save the big, bad bank from foreclosing on the animal shelter. 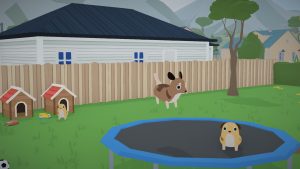