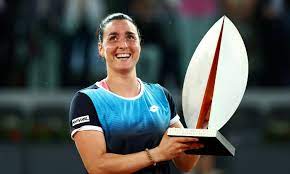 Ons Jabeur took away the Madrid Open title. She claimed victory over Jessica Pegula in a competitive clash. The rollercoaster clash was a treat for the tennis fans as the game was nothing less than a thrilling event. 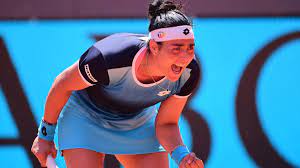 Ons has become the first African player to win a WTA Masters 1000 event. The two-time Grand Slam quarter-finalist managed to overcome the American tennis player with 7-5 0-6 6-2. She won the game in just under two hours. Jabuer claimed her second career title on Spanish soil.

Jabeur was challenged to survive a set point in the thrilling and gruelling opening set. She managed to recover from the second-set bagel and recorded the biggest victory of her career.

Pegula fended off a series of breakpoints and established an early 4-1 lead. Jabeur’s aggressive approach towards her game paid dividends throughout the match. She claimed six of the final seven games and drew her first blood. 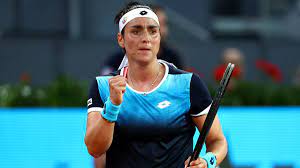 The Tunisian unleashed a blistering backhand winner by surviving a set point at 5-4 down. She broke down to love moments later, and eventually wrapped up the opening set in just 54 minutes.

Pegula responded emphatically and raced to the second set without giving a hitting reply in 26 minutes. These minutes were a decider for the match.

The American halted Jabeur’s charge and saved the three break points in her opening service game. She is the world No 10 but suddenly capitulated, and made a host of unforced errors.

The pendulum continued and shifted as the pair exchanged breaks in set three. Jabeur was the first to get a precious hold of the game. She came to a decisive decision and won the seventh game. Jabuer claimed a double-break and lead 5-2 in the last match of the championship.

The 27-year-old held her nerve to serve it out and completed a historic victory. This victory will lead her to a better ranking in the world rankings next week.