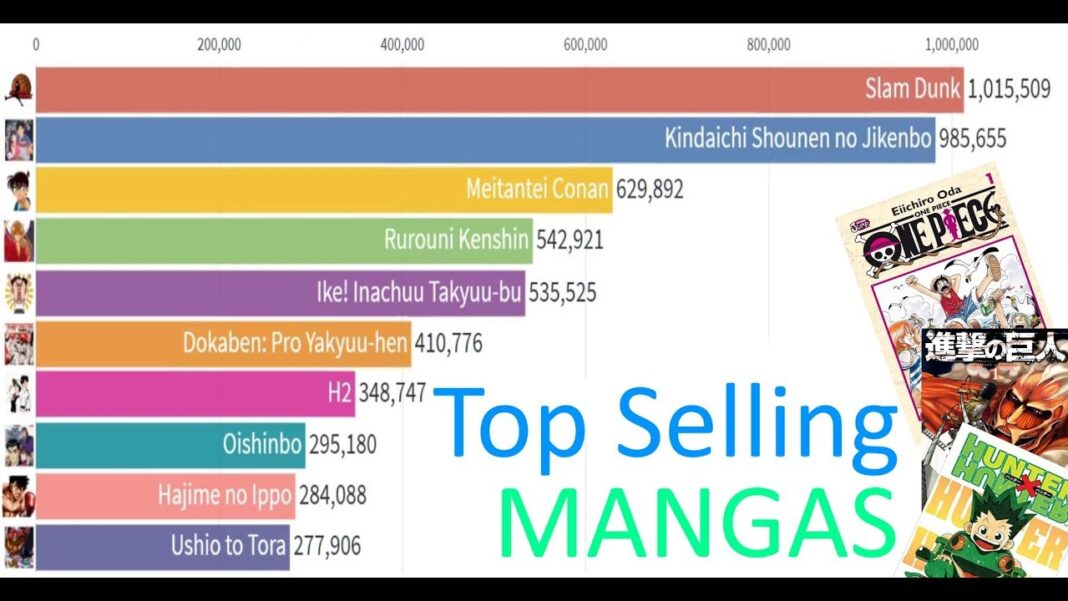 Mangas are very popular all over the world thanks to the unique concepts they have. The first half of 2020 is already over and the next half will be bringing much more for people. The Anime franchise is getting bigger and wider and the total earnings every year seem to be increasing rapidly. The blue-ray, DVDs, music, manga and light novels have all been creating a lot of buzz and appreciation. In this article, we will be discussing Top-Selling Manga in 2020.

Demon Slayer is one of the most popular Manga released this year and the estimated sales have reached 45,297,633 so far. It keeps on increasing with time and let us see how the sales end up till the last month of the year.

One piece is written by Eiichiro Oda and is getting a lot of praises for its unique concept. The estimated sales till the end of may have reached about 4,885,538.

This particular Manga has become everyone’s favourite in a short period of time. The talented author is Negi Haruna. If we talk about the highest sales so far that will be 4,240,192.

The kingdom is another beautiful Manga which has a different kind of concept. You will actually feel like you are a part of the kingdom when you read this one. Yasuhisa Hara is the author of this series and the estimated sales in 2020 have been 3,512,571.

My hero Academia is a lovely Manga and will keep you connected to the very end. Kohei Horikoshi is the author who has beautifully penned out a wonderful story. Estimated sales in the year so far have been 3,339,656.

The Most Popular Digital Manga in 2020

Here we have the complete list of most popular Digital Manga in 2020. Let us take a look at the list below:

Kingdom Volume is a popular Manga and written and created by Yasuhisa Hara. It has become the best selling Manga of 2019 and came out with a new part in 2020 too.

This Japanese Manga series is written by a famous Author named Hajime Isayama. It is featured among the top 10 list of best Manga which was released in 2020. The estimated sales are not out yet. If you haven’t read this Manga as yet you are missing out on a lot of things.

The Japanese Manga is written by Koyoharu and it is also featured in the top-selling Manga list of this year. There is much other Manga which will be out in the latter half of the year so we will see where this will stand out in the end.

Dr.Stone has been releasing the story in volumes and when it reached the 15th volume people were already so fond of it. We have observed that it has slowly started climbing up the popular charts. It has become one of the best selling Manga in this year.

Black Clover is another wonderful Manga which is released in one of the popular magazine. Since the time it is released the sales of the magazine have increased a lot. You can try out this Manga and it won’t disappoint you for sure.