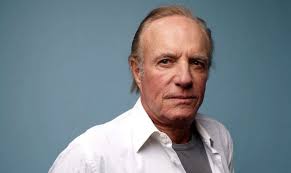 James Caan was an American actor and director. He rose to prominence with his performance in hit films, like ‘Brian’s Song’, ‘A Bridge Too Far, and ‘The Godfather’. James Caan passed away on July 7, 202. He was 82 years old when he died. Let’s find out more about James Caan and his life.

James Edmund Caan was born on Mark 26, 1940. He was born to Sophie and Arthur Caan in Bronx, New York City. Caan completed his education in New York City. He later attended Michigan State University. James transferred to Hofstra University in New York. While studying at Hofstra, he fell in love with acting. Caan dropped out of University to pursue his career in the acting profession.

Caan completed his graduation from New York City’s Neighborhood Playhouse School of the Theatre. He started his acting career in 1961. James made his debut by working in plays like La Ronde. James had a successful career all through the years he stayed active in the acting profession. He achieved the Hollywood Walk of Fame for his contributions to the American film industry. 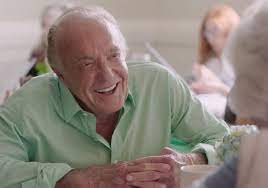 James was a successful American actor. He has a long list of hit movies and tv shows. Caan has fans all around the world and is considered to be an idol for many aspiring actors. Caan made his first silver screen appearance in the 1963 film “Irma la Douce.” This marked his debut in the film industry.

However, Caan had to wait for his big break which came to him in 1971. He earned a lot of fame and attention for his breakout performance in the made-for-television film “Brian’s Song.” In the film, Caan played Brian Piccolo, who is a dying football player.

His performance in the film caught the attention of critics and people around the world. His phenomenal acting was appreciated and gave a lot of boost to his acting career. This memorable performance gave him an Emmy nomination. After “Brian’s Song,” Caan starred in countless other films and television shows. Within a little time, he became one of Hollywood’s most beloved actors.

Very soon Caan became the most in-demand actor of the 1970s. He starred in a variety of films including “The Godfather” and “Rollerball.” He appeared in many big-budget movies like Mel Brooks’s “Silent Film” and the World War II epic “A Bridge Too Far.” He also worked as a voice actor and lent his voice to the film “Cloudy With A Chance of Meatballs.” Here are some of the biggest hits that James Caan was a part of:

Caan married Ingrid Hajek in 1990. The couple got divorced in 1994. He got married to Linda Stokes in 1995. They got divorced in 1999. James got married to Betsy Duncan in October 2000. The couple has two children: Alexander (born in 2001) and Ella (born in 2003). James has been divorced four times, but he always remained close to his ex-wives and children.

James Caan is best known for his role in The Godfather. His career had full of ups and downs. In 1994, he got arrested for allegedly pulling a gun at fellow rapper Derek Lee after they had an argument. The charges on James were eventually dropped and he didn’t have to face any consequences.

James struggled with cocaine addiction after his sister died. He went to rehab in the summer of 1994. James became a martial artist after he studied karate for three decades. He became a part of the International Karate Association. James was named Soke Dai, which is a very prestigious title. 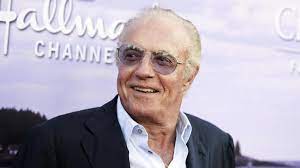 The legendary actor James Caan has an estimated net worth of $20 million when he died. The actor died in 2022. This figure of income may not be a surprise to his fans as Caan has a long and successful career in Hollywood.