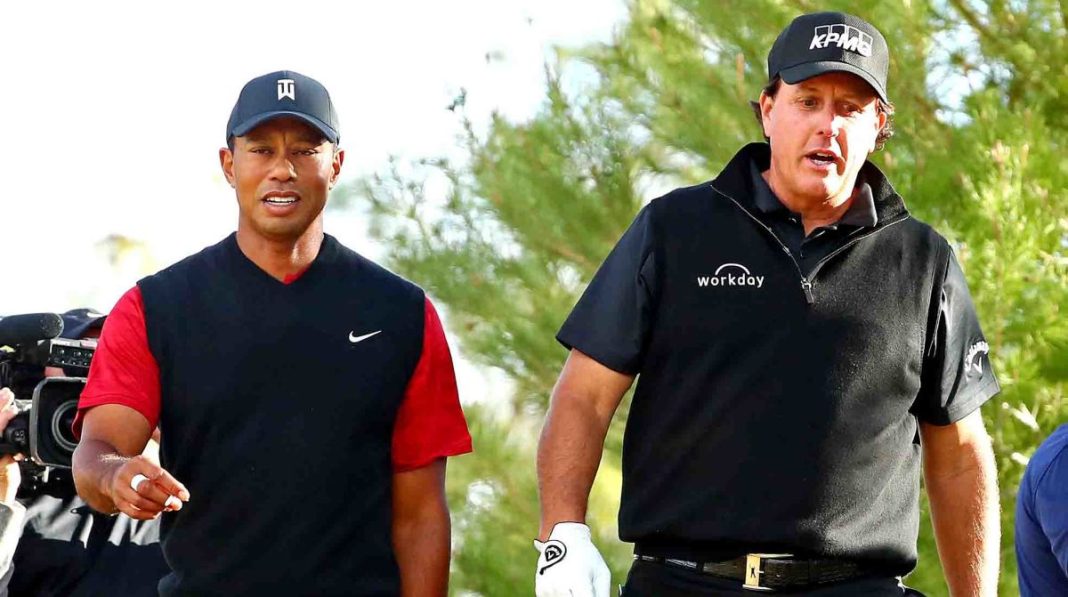 Tiger Woods made this clear on Tuesday morning during the PGA Championship—that his disagreement with Phil Mickelson is not due to personal rivalry with him. Phil Mickelson believes the PGA Tour’s current structure needs a comprehensive reimagining. The star player has a clear vision of what that future should look like. Tiger Woods does not agree with his point of view.

Tiger Woods shared his two cents about the PGA Tour:

“Phil has said some things that I think a lot of us who are committed to the tour and committed to the legacy of the tour have pushed back against,” Woods said, measured in tone and careful with his verbiage. “He’s taken some personal time, and we all understand that. But I think that some of his views on how the tour could be run should be run—been a lot of disagreement there.

“But as we all know, as a professional, we miss him being out here. He’s a big draw for the game of golf. He’s just taking his time and we all wish him the best when he comes back. Obviously, we’re going to have different opinions, on how he sees the tour, and we’ll go from there.”

Woods Thoughts About His Performance

Woods has been a number of times about his game and the condition of his body. The golfer said that he has improved since a 78-78 weekend. He achieved a 47th-place finish at the Masters. Woods said that he will build strength and endurance over the last month and he feels that he can win a 16th major championship this week. The match will begin at 8:11 a.m. local time and he will be playing against Rory McIlroy and Jordan Spieth.

“But I feel like I’m doing better. I’m having more days which are better, and more positive. Able to practice a little bit longer. So I’m able to do activities and things that I was hoping to do, and I’m finally able to do them.” 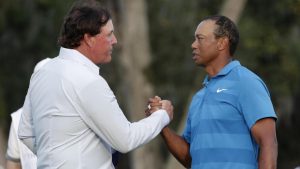 Mickelson told Golf Digest that the PGA Tour is all about an “obnoxious greed”. The events put on by the Saudi-funded LIV Golf Investments are nothing but obnoxious.  In an interview with Alan Shipnuck Mickelson claimed that he had helped to draft the upstart league. He helped to re-shape the future of the professional game. He was willing to do business with Saudi Arabian government, but after working with them he finds them “scary mother——s.”

Mickelson issued an apology shortly after the interview and has stayed out of the public eye since. The player did not play the PGA Tour. Some believe that he will defend his title this week. The PGA of America announced that Mickelson had withdrawn from the tournament.

Woods In Support Of The PGA Tour 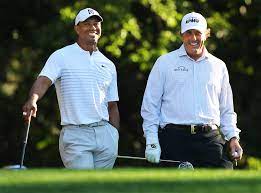 Woods has been constantly supporting the PGA Tour. He expressed his opinion at the Hero World Challenge in December. He believes the tour is about more than money and he is committed to his future.

“You know, [Mickelson] has his opinion on where he sees the game of golf going. I have my viewpoint on how I see the game of golf, and I’ve supported the tour and my foundation has run events on the tour for a number of years. I just think that what Jack [Nicklaus] and Arnold [Palmer] have done in starting the tour and breaking away from the PGA of America and creating our tour in ’68 or ’69, somewhere in there, I just think there’s a legacy to that.

Woods has a decades-long rivalry with Mickelson and says that it is “disappointing’’ that he is not here.