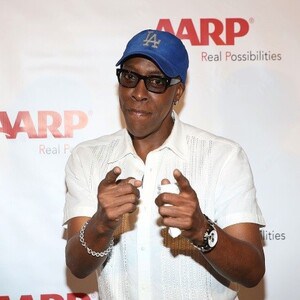 Arsenio Hall is an American comedian and a talk show host. The famous star is also an actor, writer, and producer. Arsenio is one of the most famous comedians and became a household name by being a part of the 90s talk show, The Arsenio Hall Show. The show was rebooted and it came back again from 2013 to 2014.

Arsenio Hall was born on February 12, 1956, in Cleveland, Ohio. His father was a Baptist minister. Arsenio was in love with magic shows when he was a kid. He used to perform magic shows for his friends and family from a young age. He graduated from Ohio’s Warrensville Heights High School and attended University in Kent, Ohio. 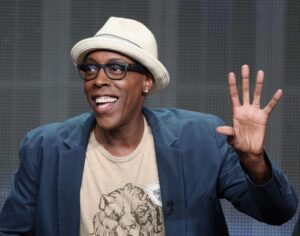 After completing college, Hall moved to Chicago. He later moved to Los Angeles and pursued his career in comedy. He made debut his debut into the entertainment industry as an announcer and a sidekick for Alan Thicke on the talk show “Thicke of the Night“. He became noticed when he starred in “Coming to America” with Eddie Murphy.

After “The Arsenio Hall Show,” ended Hall appeared as a guest on several talk shows. He has also worked as a voice actor. He was also the host for the revival of “Star Search.”

Hall made a comeback by being a contestant on the fifth edition of “The Celebrity Apprentice. “The Arsenio Hall Show,” was revived once again in 2013 but the show got canceled due to low ratings. Arsenio and Eddie Murphy filmed a sequel to “Coming to America.”

Arsenio stayed in a steady relationship with his long-time girlfriend Cheryl Bonacci and they have a son together.  Hall left a post on his Twitter account and showed his support for NASCAR driver Bubba Wallace. He wrote:

“I don’t know @BubbaWallace, but I’m sooooo proud of him, and I’m a fan! Big ups to @NASCAR also! It’s incredible that they are on the correct side of history … and our American president is NOT! Say it @realDonaldTrump —> #BlackLivesMatter” Wallace found a noose in his garage in June 2020. Wallace is the only black NASCAR driver.

Arsenio Hall has a net worth of $16 million.  Arsenio Hall has earned his net worth by being in the entertainment industry for a long time. He has acted in both Television and films and is also a TV show host. His major share of income also comes from his real estate investments. Hall earned $900,000 for playing a major character in the1988’s Coming to America.