Masked star is a singing reality show based in America. The show focuses on singers who perform in the show with masked faces. They don’t reveal their faces during the performances and compete with the other contestants with their faces hidden behind the masks. People in the audience and fans watching on the TV pick clues and make guesses about who the person behind the mask is. Sometimes they are right and sometimes they are completely wrong. The contestants behind the masks are celebrities but they participate in the show without showing their real faces.

The best part about the show is that the judgment of the performances are fair and unbiased because the judges and the fans of the stars don’t know who the person behind the mask is. The results are real based on the performances of the stars without any biases or favoritism. The face of the celebrities is revealed only when they are eliminated. The American reality show is quite popular these days and the second episode of the show just aired. We are going to give full updates on the episode for the people who missed out on the broadcast of the show.

Episode 2 focused on the revelation of the Group A contestants. This is how the contestants made an appearance. They made heartfelt introductory speeches that won the hearts of millions.

Ms. Monster made an entry on the song Fancy by Bobby Gantry and thanked the audience for liking her performance. She further expresses that she is glad that she was appreciated without revealing her real identity. She will now focus on being a real artist. She also promised that she will try to deliver her best and wants to take her trophy home. She also challenged the contestants that she will be doing her best making others worry.

Who Ms. Monster could be: Guesses

The white Tiger made a grand entry with a tiger mask and said that he is happy to horn new and different kinds of skills as a performer. He said that he wouldn’t back off and would try his level best to get to the top. He made an entry with the song Good Vibrations by Marky Mark

Who White Tiger could be: Guesses

Kangaroo made quite an impact with an inspirational speech. He revealed that he has been out of the spotlight for a while now and he is back again with all the confidence he has. He said that he knows that people might underestimate him and put him down but he would fight back and do his best. He revealed that there is no way he is going back home without the trophy. He is here to stay and there is no stopping him.

Who Kangaroo could be: Guesses

The turtle was full of him and told the audience that he has been forced to act a certain way all his life. He is planning to break all the barriers and be himself this time. If he wants to sing a love song he will. He said that he is here on the show to break away from the shell. He was feeling frustrated doing what people wanted him to do and now he will perform for himself. He told the audience that he doesn’t want to hold back anymore and wants to try out everything that he can to win the show.

Who could be Turtle: Guesses 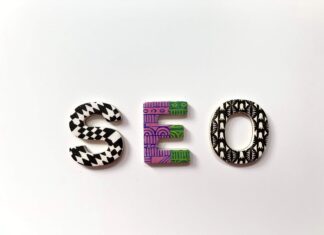