All You Need To Know About The Star Wars Vintage Collection 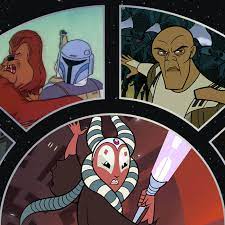 The Mandalorian and the Book of Boba Fett are very popular series that have mesmerized all audiences. However, there is another show that has made the heartbeats. If you’re looking to watch your favorite series Star Wars will make you happy. Disney+ will bring the viewers a brand new Star Wars Vintage Collection. It will arrive on the streaming service very soon so all of the audiences are already delighted. The collection and lineup are huge that include a bunch of old, out-of-print movies and series along with some new ones. If you want to know more about the star wars vintage collection here is all you should find out.

Is the star wars vintage collection coming on Disney+? 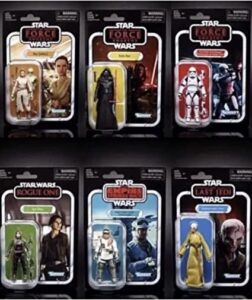 A lot of new projects like the 1984 television movie and Caravan of Courage: Ewok adventures are coming on Disney+. If you are a fan of this live-action movie where Ewoks help siblings find and rescue their parents it is coming out soon. If this isn’t enough there’s also Ewoks: The Battle for Endor that will mesmerize you. The lineup is good as there is also a television movie. The well-made 1985 movie is a sequel to the Caravan of Courage and stars the character Cindel.

In the first part of the movie, her parents and brother are killed by marauders in the beginning scenes of the movie. If you are a fan of the 1985-1986 Ewoks animated series you aren’t the only one. It has become the top choice of many audiences. The series is developed by beloved Batman: The Animated Series writer Paul Dini. The Story of the Faithful Wookiee, from the 1978 Star Wars Holiday Special is also making its way to the streaming service. It features the fork-shaped Pulse Gun used by Din Djarin in The Mandalorian. There are also some other movies coming up and here is the list:

The Star Wars Vintage Collection is a marvelous collection of Star Wars history. It is featuring old and forgotten stories. However, audiences are aware that it often shifts the focus away from Jedi and brings mixed reviews. No matter it doesn’t cost anything to enjoy and get entertained. It will not cost anything to watch as all of it is available on Disney+ right now.

When will the Star Wars Vintage collection release on Disney+?

The star wars vintage collection will release on Disney+ on 2nd April 2021. You can watch all the entertaining shows as the lineup is very exciting. You need to subscribe to this channel and enjoy all the fun and entertainment. The star wars holiday special also has a lot in store so mark your calendars and don’t forget to watch it all.