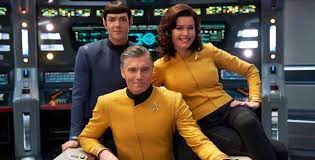 Paramount+ will be releasing Star Trek: Strange New Worlds on May 5th, 2022. The fans can check out the latest teaser trailer of the series to know more about it. 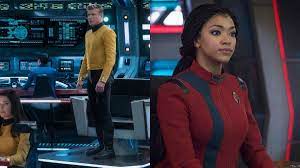 STAR TREK: STRANGE NEW WORLDS is based on the years’ Captain Christopher Pike was the leader of the U.S.S. Enterprise. The show will be about his life journey during these days. It will feature fan favorites from season two of STAR TREK: DISCOVERY. The show will revolve around Anson Mount who will be playing Captain Christopher Pike. Rebecca Romijn will be joining him and will reprise the role of Number One.

Ethan Peck will play Science Officer Spock and will add a lot of spice to the series. The show will follow the story of Captain Pike, Science Officer Spock, and Number One during the years before Captain Kirk was sent to the U.S.S. Enterprise. The lead characters will together be seen exploring the new worlds around the galaxy. 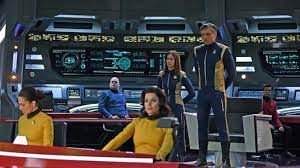 The series premiere was scripted by Akiva Goldsman. The story of Star Trek is helmed by Akiva Goldsman, Alex Kurtzman, and Jenny Lumet. Goldsman and Henry Alonso Myers will be serving as the co-showrunners of the series. Goldsman will be directing the premiere episode. Goldsman, Kurtzman, and Lumet will be producing the show along with Alonso Myers, Heather Kadin, Frank Siracusa, John Weber, Rod Roddenberry, Trevor Roth, and Aaron Baiers. Akela Cooper and Davy Perez.  Nami Melumad will be composing the score composer for the series. Jeff Russo (Star Trek: Discovery & Picard, Legion) has composed the main and titles music. The series is distributed by CBS Studios, Secret Hideout, and Roddenberry Entertainment.