Saved by the Bell: Peacock Has Canceled The Spinoff Series After The Release Of 2 Seasons 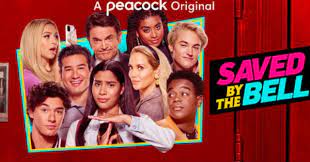 If you are a fan of Saved by the Bell then we have some sad news for you. Peacock’s Saved by the Bell has been cancelled after two successful seasons. There will be no sequel series for the show as the streaming service has cancelled the series after two seasons. According to the latest reports the cast and crew have been notified of the decision. The show is written and produced by Tracey Wigfield. The news of the cancellation came after the show won the award for the Outstanding Comedy Series at the GLAAD Media Awards.

“We are so proud to have been the home of the next iteration of ‘Saved by the Bell’ for both new and OG fans. ‘Saved by the Bell’ has been a cultural mainstay for more than 30 years and the new series, led by Tracey Wigfield’s superfan enthusiasm and signature witty humour, seamlessly continued the show’s legacy, all while allowing more audiences to feel seen. We’re grateful to Tracey, Franco Bario, our partners at UTV, the beloved cast, and the fans who have continued to champion one of the most iconic shows of all time,” revealed the Peacock spokeswoman.

Saved By The Bell: What is the Plot Of The Series? 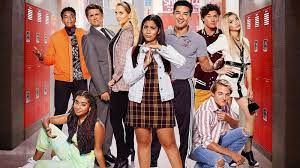 In Season 2 the Peacock’s hit comedy SAVED BY THE BELL gave the fans a lot of surprises. Bayside High geared up to compete in the Southern California School Spirit Competition. The show tells the story of Daisy who is determined not to get sidetracked by “Bayside nonsense. Things take a new turn when a cute new student is elected as the student council VP. She finds herself in a difficult situation.

Read More: Who Will Play James Bond Next? “It’s Going To Take Some Time,” Producer Reveals

Mac sees the competition and tries to step out of his father’s shadow. Jamie leans on Lexi as she is sad due to her parents’ divorce. Lexi struggles to become a more understanding girlfriend. Aisha seeks a new outlet after the football is cancelled. DeVante is also seen finding love with a rich girl from Bayside. Slater and a newly single Jessie also grow closer despite their bad romantic past.

Saved By The Bell: Who Is In The Cast Of the Series? 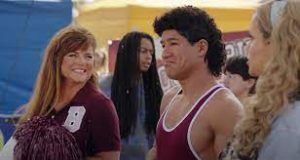 Saved by the Bell stars:

When Is The Release Date Of Saved By The Bell Season 2?

Saved By The Bell Season 2 was released on November 24th 2021. The new season of the show has been cancelled by the streaming platform Peacock. You can watch the previous two seasons of the show on Peacock.