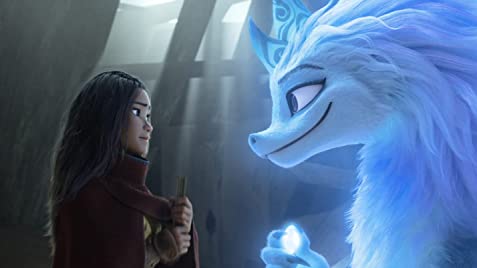 Well, Disney celebrated the recent success of their animated release “Soul as the series is receiving praises worldwide. The production house is back with another animated release and has dropped the first trailer of Raya And The Last Dragon. The animated film has been directed by Don Hall and Carlos López Estrada and will take us into the world of fantasy where humans and dragons lived together.

The Dragons had to sacrifice and saved the humans and now the sequel will be set after 500 years of these events. Evil has conquered the world once again, and it will now be facing warrior Raya who is here to save the world. Disney has released the first trailer and poster for “Raya and the Last Dragon

Raya And The Last Dragon’s trailer gives us a frolic introduction to the lead characters and the plot of the film. The show is centered around comedy and is an adventure, which doesn’t give serious vibes like Disney’s Frozen gave. The trailer has many pranks and gags and we also get to see a bit of action. The trailer also introduces us to a wide array of characters and focuses on the titular character Raya. She is set on a journey to find the last dragon that can help her to heal her broken world.

The trailer shows us the look of the market of the Kumara. We are then introduced to our titular star Raya. She is a fearless warrior princess and has been voiced by Kelly Marie Tran. Raya is accompanied by three monkeys and she and her companions are seen setting out on a journey to find the world’s Last Dragon.

The Official plot of “Raya And The Last Dragon” 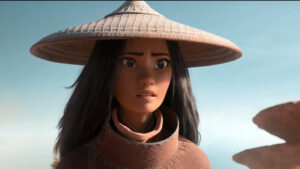 500 years into the future, the monsters are all set to return and Raya and her pet pill bug Tuk Tuk set on a journey to find last dragon that can help to bring peace to the world.

“Raya And The Last Dragon” Cast

The cast of “Raya And The Last Dragon” includes voice stars like:

Release Date of “Raya And The Last Dragon”

Walt Disney’s “Raya And The Last Dragon” is all set to release in the theatres on March 5, 2021, The movie is directed by Don Hall and Carlos López, and the script of the animated film is handled by Qui Nguyen and Adele Lim. The music scores are done by James Newton Howard.