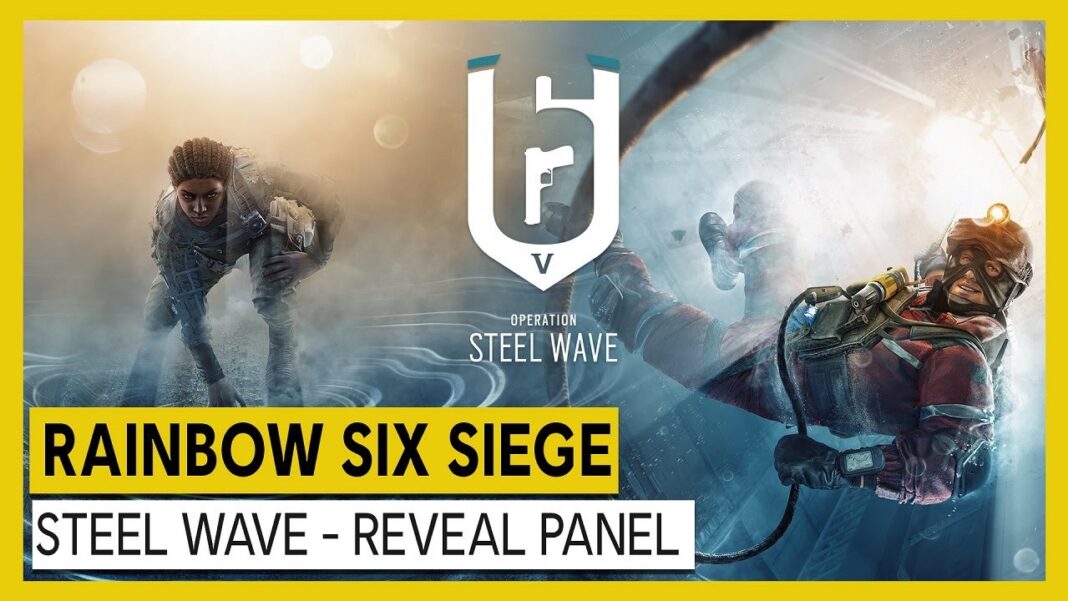 Rainbow Six siege is coming up with a new installment and that is called the Operation Steel Wave. The gamer’s form all over the world is excited to see what updates and features do the makers have in store for them. The Operation steel Wave will be coming to your gaming consoles equipped with some of the best features that will make your gaming time pretty exciting. A lot of rumors about the game are circulating the internet and things are getting more interesting and fun with each new update that we are getting. Fans of the game are super excited and can’t wait for it to release.

There have been numerous leaks and rumors about the game and the latest we hear is that the developers have decided to introduce you to two new operators with the name of Melusi and Ace. The new Operators come from South Africa and Norway and will be available for you to operate in after the second update of the game in 2020. The leaks about the game have revealed that Melusi would be a positive operator who will help you in fighting against the enemies. She will be equipped with a weapon that will help you to slow down the speed of the approaching enemies. The device which is called Banshee would be a pyramid-shaped weapon and it will stop your enemy from approaching you at a fast speed. There isn’t much information about Ace but according to the rumors, Ace will carry a weapon that will have immense power.

Will Rainbow Six Siege Operation steel have a reworked map?

Like other upgrades, Ubisoft will be making a lot of changes in the backdrop and visual setting of the game. The Rainbow Six Siege Operation steel wave will have a visually appealing backdrop and the gameplay would be exciting and more functional. The makers are rumored to have revamped the house and it will be present in a much better condition. The map is an important part of the game but due to some technical difficulties, the map has been removed and would be reworked to fit into some other location. The rooms would look more aesthetic and attractive and the map would have a larger size than before.

Will Rainbow Six Siege Operation have a new ping system?

Ubisoft will be introducing ping 2.0 to the game and the users will find it easy to play the game. The map will have more specifics and will allow you to access different locations. Sharing the nature and positioning of the gadgets will become easier with the help of ping 2.0. Players would be allowed to use the system all through the game.

The Rainbow Six Siege Operation release date is in the second week of May 2020. The game will be available to play on PC, Xbox One and PS4. The official release date of the game is not revealed as yet and as soon as we hear some news about it we will keep you updated with it.