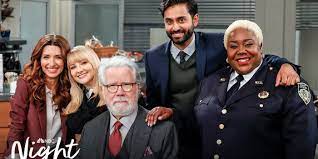 Late last month, the series star & EP Melissa Rauch and castmate Lacretta revealed some new updates about Night Court: Dimiter Marinov. The team shared an update about how things were going with Rauch, John Larroquette, and EP Dan Rubin‘s revamp of Reinhold Weege‘s popular sitcom Night Court. Read the post below to find out about the latest updates on Night Court.

Dimiter Marinov To Join The Cast Of Night Court 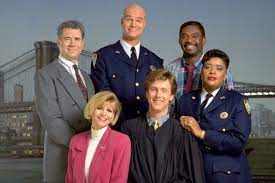 We have got some exciting news for the fans of Dimiter Marinov. The talented star will be joining the star cast of Night Court. Dimiter Marinov (Green Book) will be joining the cast in a key recurring role. His character is all set to premiere midseason. Marinov’s Nikolai plays the court’s maintenance man. He is a staple character within the building. Nikolai pops up in the daily lives of the crew. He is a mystery man to everyone around the courthouse.

Melissa Raunch To Play A Judge

Rubin’s Night Court sequel series will introduce the character of an unapologetic and optimistic judge Abby Stone played by Melissa Raunch. She is the daughter of the late Harry Stone. Abby follows in her father’s footsteps and presides over the night shift of a Manhattan arraignment court. She tries to bring order to the crew of oddballs and cynics. Dan Fielding (Larroquette). India de Beaufort, Kapil Talwalkar, and Lacretta will also be joining the cast of Night Court.

De Beaufort is all set to play the role of Olivia. She is the court’s assistant district attorney- Type-A. She is superficial and tightly wound. Olivia discovers the night court as a stepping stone to make things bigger and better.

She’s above this place and plays an important role to make things better. Olivia works in a good way to get some courtroom experience under her belt. She is doing everything according to a plan to land a job at one of the big firms. She will be turning 30 soon and if she’s not wildly successful by then she doesn’t know what her life will be like.

Lacretta Will Be Acting As Donna

Lacretta’s Donna “Gurgs” Gurganous plays a big-hearted and intense character. She takes her job seriously, but is easily riled up and fiercely protective of her night court colleagues. Lacretta lives with large dogs in a small Bay Ridge apartment.

Supporting Characters In The Night Court 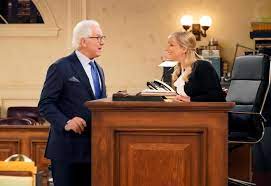 The court’s clerk, Neil’s (Talwalkar) job is to keep things moving. He is a new idealist judge who has shown up in the Night Court. Marinov’s Nikolai is the court’s maintenance man. He is a staple character within the building.

Rauch and Winston Rauch is the executive producer of the series. The series will be launched via After January production company. The company is based at Warner Bros. TV. Along with other team members, Rubin and Larroquette are all set to produce the Night Court.  After January will produce in association with the original series studio Warner Bros.