Most Anticipated Upcoming Anime In Summer 2020 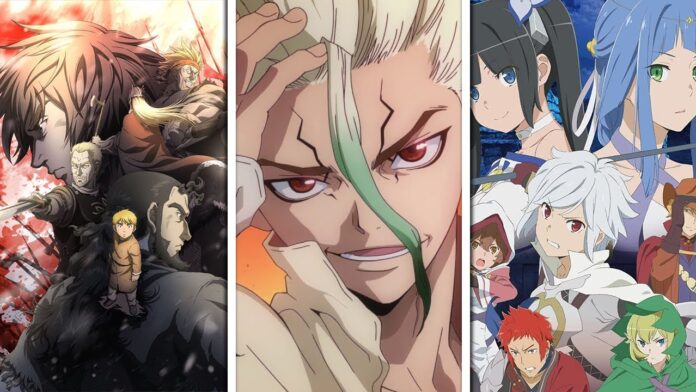 Animes have become one of the most popular choices for people and this is why the industry has been earning millions. Animes are made in large number as demands from the audience all over the world just keep increasing. If you are an Anime fan and want to know which ones are scheduled for the summer 2020 release you have come to the right place. Today we will discuss the most anticipated upcoming Anime in summer 2020.

Maou Gakuin no Futekigousha (The Misfit of Demon King Academy)

Maou Gakuin no Futekigousha is a popular anime which is coming out with a new season on July 4th 2020. The English name of the series is the misfit of demon king academy. It consists of a great story and fans will enjoy it a lot.

The season two of Muhyo to Roujii no Mahouritsu Soudan Jimusho Season 2 will be releasing on 7th July 2020. There will be about 16 episodes in the new season and each episode has a twist to explore. Due to the high popularity of season one, a new season is on its way.

Gibiate is an upcoming Anime series which will release on 8th July 2020. There is news that the Anime will have a total of 12-24 episodes in the new season.

The great pretender will release on 9th July 2020 and it will feature an interesting story. The characters are well planned and huge planning is going on but all is in the development stages. It will be released on Netflix and there will be a total of 23 episodes.

As you will know by the name itself that Yahari Ore No Seishun Love is an interesting anime which revolves around love and comedy. It will release on Netflix on 10th July 2020. The series is coming with the third season and we can judge how popular it is.

Uzaki-chan WA Asobitai is another popular Japanese Anime which is coming out on 10th July 2020. The anime is making a debut with the first season and makers are hoping to get a positive response from people. We are likely to get 12 or 12 episodes in the first season.

Peter Grill and the Philosophers time will be releasing on 11th July 2020.The Anime is making a debut this summers and fans can get to see an interesting story of Peter Grill. He is the strongest man in this world and helps other people.

Kanojo, Okarishimasu is another interesting Anime which will be releasing on 11th July 2020. Just like other animes, the series has a unique story to tell and you will find it hard to guess what will happen next in the story.

Sword Art Online is going to release very soon and it seems you don’t have to wait much. It will release on 12th July 2020 and there will be a lot to explore. If you enjoy watching Anime series don’t forget to watch this one.

The story of Monster Musume no Oisha-san revolves around Dr.Glen and his magical medical clinic which is located in Lindworm. The first part was a success and we hope that the new season is good too. It will release on 12th July 2020.