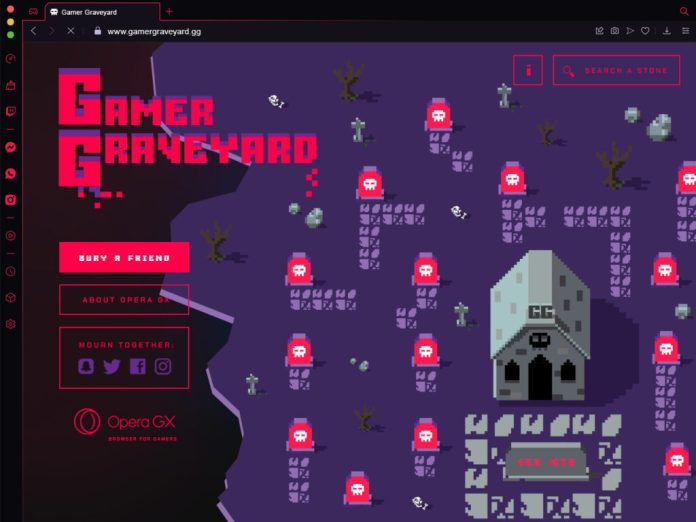 Opera GX has launched its own special universe for gamers. The game developer company has launched many game accessories and other game equipment. They have created an online cemetery and have allowed gamers to take their gaming experience to the next level. Opera GX has given it the title of the Gamer Graveyard.

The concept of the Metaverse Graveyard and unique and entertaining. This is going to be a virtual resting place and the players will be able to join their gaming pals. The gamers had to stop gaming because their real-life got in the way. It will be a pretty interesting concept and you can experience it right now. You just have to create a virtual tombstone in the metaverse and start your journey. You can also choose a theme and write a short eulogy. The players will also be able to pay respects and press the “F” button. The gamers can also share the tombstone with their friends on social media. You can also find them and others and search the Gamertag.

Metaverse Graveyard: What is it about? 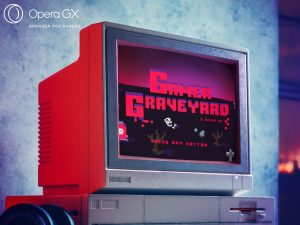 In the Metaverse Graveyard, the players will have to follow the marital duties, and will also be able to renovate a flat or a 9-to-5 job. If you have ever been a part of the gaming world, then you must know how fun it can be to join a gaming community. You can relate to life commitments and get in the way of gaming. This is why Opera GX has created and launched a Gamer Graveyard. It is an online service where gamers will be able to create digital tombstones.

They can roast their fellow gamers and also commemorate their avatars. The Gamer Graveyard will be built-in with a 2D 8-bit style. It encompasses a tombstone creator which will allow people to choose a stone skin. You can write your friend’s gaming nickname and much more. The gamers will also be able to write a eulogy and indicate the date that they were last seen online. The tombstone is placed in the graveyard. You can also share your progress on social platforms. The gamers can also directly send the details to the missed friend. 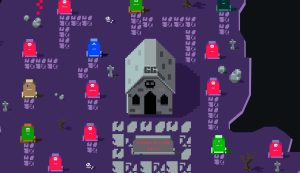 “Fortunately, if you die in the metaverse, you don’t actually die in real life. But, the reality is, people, do miss you. An online graveyard is a subtle tool for people to tell their friends who went missing on Discord or in a game that they miss them,” said Maciej Kocemba, Head of Opera GX. “Your virtual identity is a part of the metaverse: it’s an extension of your physical life. When your gaming lifestyle suffers, it needs a place to be buried and a virtual graveyard just might be the best place to do it.”