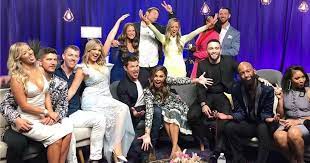 Love is Blind season 1 gained a lot of popularity and kept the people hooked all through the season. The show will be making a return with a season 2. Love is Blind hit Netflix in 2020. The show featured many couples and dating experiments proved to be a success. The fan favorites Lauren Speed and Cameron Hamilton, as well as Amber Pike and Matt Barnett and other cast members, became famous for their bickering and interactions. Here is all you need to know about Love is Blind season 2. 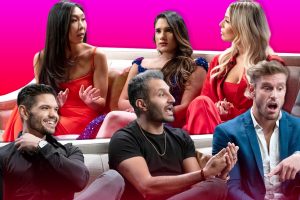 The creator of the show Chris Coelen shared details about Love is Blind Season 2.

“It’s not a show of gotchas, or producers pulling strings. There was no guarantee anybody was going to do anything,” creator Chris Coelen said in an interview. “Nobody had to fall in love; nobody had to get engaged; nobody had to make it to the altar; nobody had to get married. It was their free will that led them to each of those steps.”

What is the release date of Love Is Blind Season 2?

Season 1 premiered two years back. Love is Blind Season 2 has already been released on Feb. 11. The show will have five episodes. Four additional episodes will be added to the season and they will be released from Friday, Feb. 18, followed by the finale on Feb. 25.

How can you watch Love Is Blind Season 2?

Season 1 and Season 2 of Love is Blind are available on Netflix. Make sure to subscribe to Netflix to watch the show. The Season 2 episodes were released on Tuesday, Feb. 11.

Who will be the host of Love Is Blind Season 2?

Love is Blind Season 2 will be hosted by the couple Nick Lachey and Vanessa Lachey. They will be returning as hosts to this season as well.

How many episodes are there in Season 2 of Love Is Blind?

Love Is Blind‘s second season will be coming out with a total of 10 episodes.

Is there a trailer for Season 2 of Love Is Blind?

Love is Blind season 2 has released a two-minute trailer. The trailer dropped on Feb. 2. The trailer of Love Is Blind revealed that there will be a lot of drama in Season 2. The honest confessions and conceited one’s sex talk and the wedding preparations will surely make the show exciting and fun.

Who is in the cast of Love is Blind Season 2?

Love is Blind season2 cast will include Thirty singles. The show will revolve around a house DJ, pizzeria owner, flight attendant, communications manager, and some others. The cast members are between the age of 27 to 39.

Will, there be a Love Is Blind Season 3? 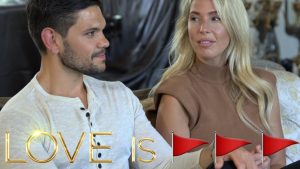 Netflix has confirmed in 2020 that a third season will be following Season 2. Though Coelen is onboard and has expressed his wish to make more than three seasons.