All the wrestling fans will be excited to know that CM Punk is ready to perform at the recent AEW rampage. He will also do a live interview for AEW dynamite and impress everyone. It seems he wants to give a power packed performance for Dynamite and get all the appreciation. AEW Dynamite: Grand Slam will be an upcoming event that is already gathering a lot of attention. It will take place at the Arthur Ashe Stadium in Queens, New York. The lineup of AEW Rampage seems interesting than ever. If you want to know more about what will happen there continue to read below: 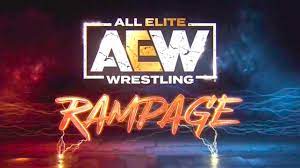 There are no surprises that CM Punk will be participating at the AEW Dynamite. He will be taking on Powerhouse Hobbs for the next Friday’s Rampage. The match between these superstars is going to be intense so let’s see who the winner becomes. It seems that Team Taz is not happy with the confidence CM has for the upcoming matches. He was doing a commentary for the show but Hobbs tried to finish his attack against him. This was surprising when Powerhouse started to slam Punk on the announce table. Let’s wait and see what happens at the actual faceoff between the two. 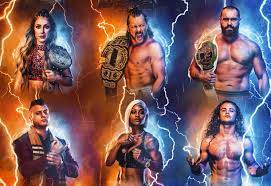 AEW Rampage will surely be intense and breathtaking. It will feature two title matches where Anna Jay will be taking on the Bunny. Here is the lineup for the upcoming AEW Rampage.

The AEW Dynamite for this Wednesday will feature AEW World Champion Kenny Omega VS Bryan Danielson. However that will be for a non-title match. Another interesting match for Sting and Darby Allin where they will face FTR after an intense and vicious attack from Dax Harwood and Cash Wheeler. Here is the current card for next matches:

Here is the lineup for the Friday’s Rampage: Grand Slam card. The event will last for about two hour.