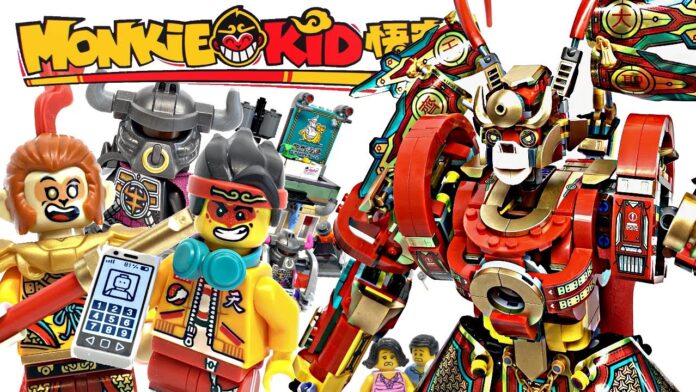 The LEGO Group is going to introduce something exciting and innovative and they will be announcing a new theme which will be inspired by China. The story of Monkey King will soon be adapted into LEGO monkey kid. Let us tell you all the LEGO Monkie Kid will be an animated series or even a mini-movie. We have gathered the latest updates for you so let us take a look at what updates we have for you.

What is LEGO Monkie Kid about?

LEGO Monkie Kid will be adapted from the story of Monkey King and the story is set in the 16th century but is based on Western style. The LEGO Monkie kid is like an innovative story that will be launched very soon. Maybe it is a step by the makers to expand the audience base in China and earn a lot of profits too. The new theme and story are going to feature about eight different sets. There will be one animated series while the other will be an animated movie. The launch of the series and movie happened a few days ago was General Manager of LEGO Paul Huang stated that they are coming up with something innovative. The audience will be astonished to see a new turn altogether.

According to Paul the LEGO Monkie Kid is another addition for the children. They can have a great experience while watching it. The show has been inspired a lot from the Chinese culture and Chinese people and he thinks that it is a gift for the entire Chinese kids. The story will teach kids about how they should be brave and intelligent to handle different things. It will be a creative play and a good learning experience for all the kids out there.

What are the characters in LEGO Monkie Kid?

When we saw the teaser of LEGO Monkie Kid we were surprised to see four important characters in the series. Maybe the film will also have the following characters and we have already got the names of the characters for you.

The new theme of LEGO Monkie Kid will soon be coming out and the official release has been decided to be May 16th 2020. It will be available in a wide range of countries including Singapore, China, HongKong, Malaysia and LEGO stores very soon. For people who are residing in other parts of the world, the show will be available on LEGO.com.The kids and other players can purchase the LEGO sets at affordable rates and the best thing is that a trailer has already been released for it. If you have young kids at home you can entice them with this special gift and buy LEGO sets for all of them.