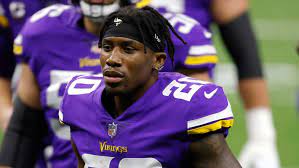 A lot of sad and shocking news has surrounded the sports world lately. The death of Australian cricketers Shane Warne and Andrew Symonds shocked the cricket fans. The sports lovers have still not overcome the sad demise of the two famous cricketers and here comes another heartbreaking news. Arizona Cardinals cornerback Jeff Gladney was killed in a car accident. The star player passed away on Monday morning. 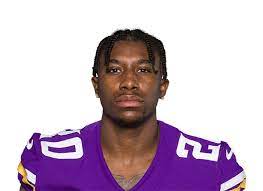 Jeff Gladney’s agent Brian Overstreet confirmed the news of the demise of the 25-year-old player. The news first came out in the Fort Worth Star-Telegram.

“We are devastated to learn of Jeff Gladney’s passing. Our hearts go out to his family, friends, and all who are mourning this tremendous loss,” the Cardinals said.

Gladney And A Female Passenger Died In A Crash

According to the latest reports that Gladney and a 26-year-old female passenger died in a two-vehicle crash in Dallas. Gladney was accompanied by a female but the identity of the girl is not revealed as yet. There are no official reports regarding the relationship of the female with Gladney. However, it has been confirmed that both of the passengers in the vehicle have passed away.

“We are devastated to learn of Jeff Gladney’s passing. Our hearts go out to his family, friends, and all who are mourning this tremendous loss.” Gladney joined the Cardinals earlier this month and previously played in the NFL for Minnesota Vikings

The Minnesota Vikings had selected Gladney, as a TCU product. He was the No 31 overall pick of the 2020 NFL Draft. Jeff played in 16 games and made 81 tackles. He had three passes defended and also forced one fumble in 2020.

The Vikings had released him last August. His indictment in Texas was due to the felony assault charge in a domestic violence case. Jeff sat out in the 2021 season but a jury in Dallas found him not guilty. The Cardinals had signed him for a two-year deal earlier following his acquittal. 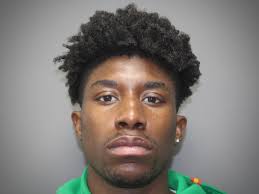 The sports world was in shock after hearing the sad news of Jeff Gladney’s passing. The social media platforms were full of condolences for the late player.

“Lost my brother, my best friend, my right-hand man… ain’t too much more I can take man damn!” Philadelphia Eagles wide receiver Jalen Reagor, a team-mate of Gladney at TCU, wrote on Twitter.

The NFL family mourns the tragic loss of Jeff Gladney and we extend our deepest condolences to his family and loved ones.