Fortnite is finally getting drivable cars & Other Updates Fortnite is a very popular and exciting game that has been developed and produced by Epic Games. According to the latest information revealed by Epic Games, Fortnite will be having drivable cars in the new season. A lot of vehicles have already appeared in season three of the battle pass trailer and this news has made all the fans very excited. Many pickup trucks and a sedan will be seen in Fortnite and it will give a wonderful experience to the players. There will be several other cars and the action-packed games will make your heartbeat louder. We have gathered all the information about the latest updates on Fortnite so let’s get started.

New updates on the gameplay of Fortnite 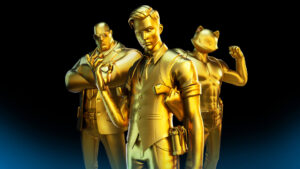 There is exciting news after the other as Epic games are bringing a big treat for all the loyal fans. The new season of the game is power-packed with all the latest features and updates. There will be several new locations which will be introduced in the game and the cars are like a breath of fresh air. The water world village feels like a different village altogether which is known as Fortville. The player can move along inside the game and carry all the magical weapons with them to deal with infinite creatures along the way. There will be a box factory where all the latest cars will be seen and purchased while the new structure which is placed instead of an agency is a great thing.

Epic Games have also included a splash message into the game which features a strong message of anti-harassment which is a thoughtful way of letting the fans know that they should be careful while playing the game. The players should be kind to one another and not get into any hate speech or discrimination. The platform is very wide and all the players from various countries become a part of the gameplay. Everyone is advised to keep a friendly relationship going and the gameplay is also quite easy. If any problem arises you can report it to the developers.

What is the plot of Fortnite? 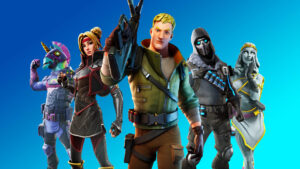 Fortnite is a cooperative shooter survival game and the best thing is that up to four players can play it. The players will have to fight with zombies like husks and defend their objects while building up the fortifications. The battle royale game follows intense battle sessions and you will enjoy it a lot. The group of four players can help each other in these intense sessions and once you move on to the next levels there will be a total of 100 players battling together. Only one winner will be chosen in the end though while the graphics are completely high end. The husks are difficult to deal with but if you have strong weapons you can make it happen.

What is the release date of the new season of Fortnite?

The first part of Fortnite was released in 2017 and since then the popularity of the game has been rising. The game is available in three distinctive modes otherwise the normal gameplay is also easy to follow. The plot is really interesting and so are the characters. We can expect the season to release by the end of this year most probably till then you can keep checking this space for more updates.