There is an interesting news coming from the WWE world.  They are considering a forbidden door entrant in Men’s Royal Rumble Match. According to the latest reports there are around 19 wrestlers that will be a part of 30-Women Royal Rumble Match. The event will be happening this Friday. Along with the other wrestlers Impact Wrestling Knockouts Champion Mickie James will also be a part of it. You can check out the current Royal Rumble card on their official page too. Here are more details regarding Men’s Royal Rumble. 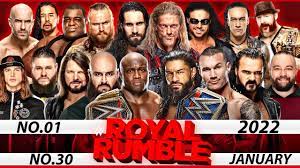 In a recent update by WWE all the wrestling lovers can expect a big surprise. WWE is trying to have an ‘unexpected’ entrant from the forbidden door. This member will participate in the Men’s Royal Rumble too. There are still no updates on what WWE is thinking and who they will include at the Men’s Rumble Match. The good thing is that they are open to have an idea of adding a non-WWE talent too. The WWE non-talent must work with the 30-Man Rumble match too.

There is a lot of speculation going on that Impact World Champion Moose will possible be making an appearance. Moose has given a lot of comments on WWE Universal Champion Roman Reigns too. It will be seen on the negotiations will go on between the two parties. If you are curious to know let us tell you when the event will take place. The Royal Rumble 2022 will take place on January 29th, 2022. It will take place at the Dome at America’s Center in St. Louis, Missouri. 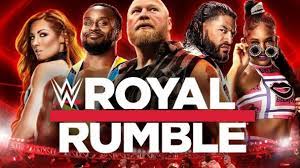 At the Impact wrestling Purrazzo has recently become the new Champion by defeating Rok-C. Ian Riccaboni and Matthew Rehwoldt have been the commentators of this match. Due to the title change Purrazzo becomes the second ROH Women’s World Champion. At the same time Rok-C became the inaugural champion. She defeated Miranda Alize in the finals of a 15-woman tournament at Death before Dishonor XVIII on September 12.

The storyline among ROH VS Impact started at the Hard to kill pay-per-view. This is exciting to know that ROH Rogue Group (PCO, The OGK, Vincent) got to into attacking many Impact stars. They got the chance to defeat their title against the 10-Man Hardcore War. The storyline continues with a major twist happening the TV tapings. ROH is currently taking a break but the promotion will remain alive no matter what.

ROH World Champion Jonathan Gresham will be defending his title on different shows. He will be part of Hard to kill event as well. Chris Sabin will not be a part anymore ROH will be a part of it to entertain fans. ROH is happy to announce that he will return to a lot of action with Supercard of Honor at the WrestleMania 38 Weekend. If you are looking for more updates keep checking this space for more!