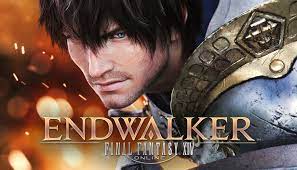 Square Enix has revealed a new series for Final Fantasy XIV this week. This has provided the players with a Starter Guide that will allow them to get into the game with ease. These are the basic building blocks for people who have shown interest in the series. The video game is an MMORPG and it can also be an intimidating venture to start.

The players are not sure where to begin and this is why this guide is essential for them. There are a lot of players who try games in the genre, and they often get lost or overwhelmed. Many of them also end up quitting the game. If you want to get some guidance about Final Fantasy XIV then read this post. We are going to round up all the details about the Final Fantasy XIV starter guide.

What does the Final Fantasy XIV starter guide offer? 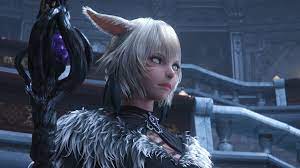 This series is designed to be a guiding hand and it will educate the gamers about the basics of the game. If you want to get familiar with the basics of the game, then this guide will be helpful for you. By consulting this guide, you will be able to build yourself up from there. This guide has full info on the series and Episode 0. This will help you to get started if you’re interested. The developers are also offering a free trial for the game right now.

The full Starter Guide series consists of seven videos. Each video will focus on different aspects of the new player experience. It will be providing tips and tricks for the players to help them sink into the game. You can learn about character creation and basic game mechanics. Learn more about the dungeons, boss battles, and more. 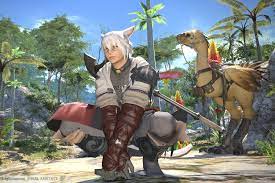 The episodes and content guide of Final Fantasy XIV are as follows:

Series Introduction: The players will Join veteran adventurer Mayra and she will guide the new player Kaz and will introduce him to the world of Final Fantasy XIV.

The Adventure Begins in episode 1 of the series. Kaz creates his character and he takes his first steps in Eorzea. Mayra then introduces Kaz to the map which contains different quest types. This map will allow Kaz to know more about the game. You can enjoy the main story and get to know about the basic plot without getting lost.

Meet Your FATE is the title of the second episode. Mayra introduces Kaz to class quests and also guides her on how to unlock different classes starting at level 10. Kaz is seen encountering the first FATE, which is an open-world encounter. This is where everyone nearby can take part.

Episode 3 is titled Hall of the Novice.  Kaz learns how to organize his cluttered inventory and he will discover the Recommended Gear feature. Mayra then takes Kaz to the Hall of the Novice where he will get a crash course on party combat. He also gets to know about the new set of gear.

Kaz will put the newly acquired skills to the test, as he teams up with Mayra to form a light party. She forms a party with the Duty Finder and tackles his first dungeon. Kaz learns how dungeon rewards are distributed with the help of the Need, Greed, and Pass.

Trial by Fire is an episode that teaches Kaz to form his own party. He will take on his first trial which is an epic boss battle. His renown grows, and he is recruited by one of three Grand Companies of Eorzea. He then unlocks his very own Chocobo mount at level 20.

The End of the Beginning episode revolves around Mayra taking Kaz to the regales. She tests his skills and finds out how much he has learned so far. He still has to look forward to in the Final Fantasy XIV Free Trial… and beyond!

Will Final Fantasy XIV be free to play?

The entire base game and first expansion are available to play for free. There will be restrictions in the Free trial and the players are capped at level 60. They can create one character per world and also have restrictions on in-game trading and commerce

Is Final Fantasy XIV worth playing?

The free trial is one of the best games available online. It allows players to really take their time, and solve all the puzzles in the game. With all of these things combined Final Fantasy XIV is the best bargain in the MMO franchise. The free version offers thousands of hours of content, and you will be showered with an absolute wealth of things to do.

Why is FFXIV so popular?

One of the primary reasons for FFXIV’s popularity is that it offers a free trial. Even if an MMO has a free trial, it is not expansive as FFXIV’s. Currently, the prospective players are able to play through the base game.

How long is the main story FFXIV?

The main story of Final Fantasy XIV is roughly 120 hours. It is a massive game, and it’s only gotten bigger over the years. If the players want to complete the main story, A Realm Reborn, then you can look forward to the roughly 120 hours of playtime, and that doesn’t include any of the expansions.