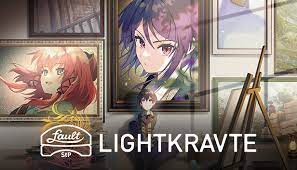 Indie publisher Phoenixx has revealed that the latest video game in the Fault visual novel series will be titled Fault Stp Lightkravte.  The video game will be released later this month. Alice In Dissonance has developed it. The specific tale recounts a previously-untold story which is set in the Kingdom of Rughzenhaide. It explores the challenges and consequences that one has to face after pursuing a dream. Let’s find out all about the latest video game.

The plot of the video game revolves around an artist named Khaji Oberg. He is an “ordinary and unremarkable” teenage boy who does anything to pursue his dreams. He works hard to reach his dream which seems to be slipping away from him.

Fault Stp Lightkravte will be releasing on Steam on May 27th, 2022. 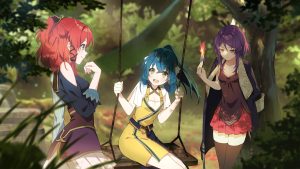 The players experience a vivid and stunning take on visual novels. It features gorgeously animated 2D hand-drawn art. The series’ unparalleled 3D camera system will help you to create a feeling of depth and cinematic excitement. The game has a novel-length script and the players will experience the story of Khaji. He is an ordinary and unremarkable boy who dreams of becoming a painter. The little boy’s dream is to test all his abilities. The shocking revelation shatters everything when he finds out secrets about himself and the world around him.

This standalone story is an entry point for the fault series and takes place five years before Fault – Milestone One. The newcomers can use the dictionary function and will highlight the specific text. The players will learn more about the world and the specific terminology that has been introduced in previous games. The players can enjoy seeing returning characters before the events of the later games. You will play the young Ritona before she becomes the Royal Guardian to Selphine. 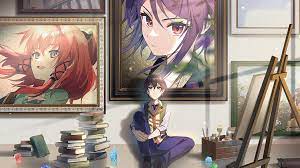 “We appreciate the patience our fans have had to see more stories in the fault series, but we want to make sure that the games meet our extremely high standards and tell the deep, exciting stories our fans expect,” shared Munisix, Director, Alice In Dissonance. “If you haven’t played a fault game before, Lightkravte is the perfect entry point, and we know you’ll be hooked from there.”