Drew McIntyre has made history back in 2020 and there is no looking back. However, he firmly believes that it’s unlikely that his fans will roll back and watch those moments. Even though there is a footage available but they may not get to see it any time soon. He recently became a guest on ‘Insight’ with Chris Van Vliet.

If this isn’t enough he will soon prepare for the WWE Undisputed Championship match at Clash at the Castle in Cardiff. There is a lot of buzz surrounding his recent matches. Many people are already aware that he will be headlining the biggest WWE event. Here is more to this story: 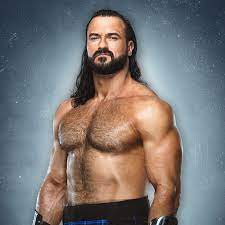 According to the latest updates Drew McIntyre will be preparing for a special event in the UK. He will be headlining a big event that is happening after the SummerSlam 1992 at Wembley Stadium. If Drew is successful in defeating Roman Reigns and wins the belt it will be a big achievement. However, the number of audiences and visitors will be very different this time. He won the WWE championship at WrestleMania 36 when the COVID situation was at its peak.

All the sport and live entertainment world events were shut down. Even during that time AEW and WWE was trying to offer something exceptional for the audiences. He got the chance to defeat Brock Lesnar and got clean for the title. At that time there were no fans at the WWE Performance Center. He seems to be excited about his upcoming matches and will try to bring out his best. 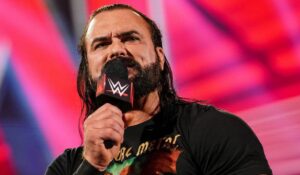 Drew gives his insight on why his fans won’t like to relive the moments of WrestleMania 36. However, given all the unprecedented circumstance he consider his win against Lesnar Brock a special moment. Here is what he has to say:

“It was for sure and people will remember the WrestleMania where the world stood still,” McIntyre reveals it all to Van Vliet. “Sadly, they’re probably not going to be in a hurry to watch it back on the Network and Peacock, but they’re going to remember it. That was such a scary time for the world and we had a lot of questions, we had a lot of fear going on and WWE pushed ahead and gave the world that escape.”

‘’I was initially angry, once I understood the gravity of the situation, I was very proud of WWE for putting on WrestleMania over two days for the first time ever, but more specifically for myself and in the main event, my first ever title match. It was a feel-good story going in and I knew me winning the title could make a lot of people happy which it did,” he reveals.

Drew got the taste of massive success and fans reaction when he won the 2020 Royal Rumble. He enjoys performing in front of all the live fans. However due to COVID-19 things changed in many ways. Maybe he still wants to grab a chance and win big once again. According to these recent reports he is still looking for the ‘big moment’ and make his live fans happier than ever. If you are looking for more updates keep checking this space!