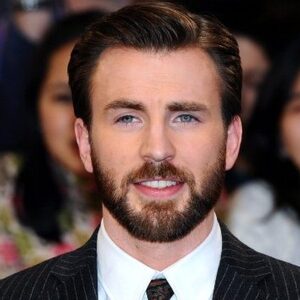 Chris Evans is an American actor and director. He earned his net worth by appearing in several big-budget blockbuster movies. He is one of the highest-paid actors and has appeared in several Marvel movies.

Christopher Robert Evans was born in Boston, Massachusetts, on June 13, 1981. He was brought up in the town of Sudbury. He has two sisters named Carly and Shanna, and one brother named Scott. Their parents got divorced in 1999, and he also has half-siblings. His mother Lisa, was a youth theater director. Scott Evans who is his younger brother is also an actor, and has been a part of the ABC soap opera “One Life to Live.”

He graduated from Lincoln-Sudbury Regional High School and was a part of the wrestling team. He also performed in school and community theater productions. He learned acting and interned for a casting company in New York City. He also attended acting classes at the Lee Strasberg Theatre and Film Institute. 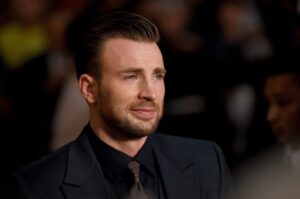 Evans first became noticed after appearing in “Biodiversity: Wild about Life!” (1997), which was an educational video. He became famous after appearing in the teen comedy-drama  Opposite Sex. He has appeared in many popular movies like:

He gained a lot of recognition for appearing in widely popular movies in the 2000s as well. The following movies helped him earn great success.

Evans has also directed some movies. He directed his first movie in 2014 with the movie “Before We Go. The movie was screened at the 2014 Toronto International Film Festival.

Evans has been linked to many high-profile actresses. He dated Jenny Slate who he met on the sets of The Gifted. They broke up in March 2018. Evans dated actress Jessica Biel for a few years. He has been rumored to have dated actresses Minka Kelly, Lily Collins, and Kate Bosworth as well. He lives in Beverly Hills, California, where he purchased a home in 2013 for $3.52 million.

Salary Details and Net Worth

Evans has an estimated net worth of $80 million. He received big paychecks for his several appearances in various movies.  His popular movie Captain America movie helped him earn a salary of $300,000. He earned $15 million for the “Avengers: Infinity War,” “Captain America: Civil War” and “Avengers: Endgame.” Chris has earned approximately $75-100 million for appearing in the Marvel Cinematic Universe.