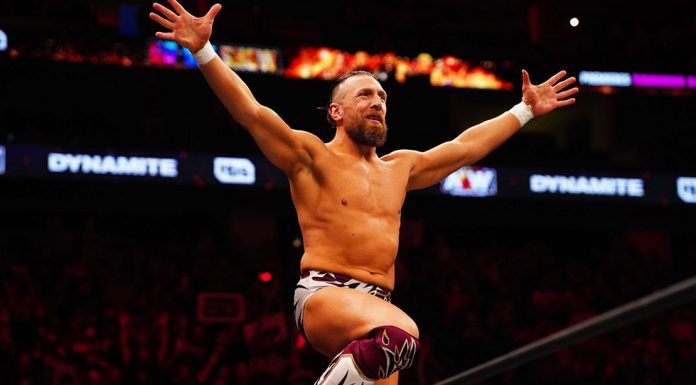 Top AEW Star Bryan Danielson has confessed something very interesting. In a recent conversation with Muscle and Fitness he talked about his future opponents. He will want to wrestle with some new opponents and prove himself with good performances. All the wrestling fans may have expected the same names.

However Bryan has listen CM Punk and Sting as he wants to compete with them in upcoming matches. It seems that he is interested in competing against some rising talent as well. He is liking their performances too. The new talent includes Sammy Guevara, Daniel Garcia, and others. Here is his full interview. 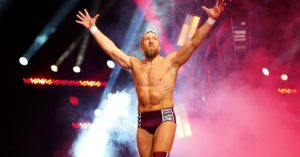 Bryan Danielson has revealed interesting things in his latest interview. He wants to take some time and compete with new talents. As we have previously discussed that he wants to compete with Sammy Guevara, Daniel Garcia and many others. Here is what he has to say:

“I feel better at 40 than I did at 30. I’m super excited, and it’s crazy because it seems like AEW keeps adding people to the roster on a weekly basis. But there’s a lot of matches that I’m really looking forward to,” says Danielson. “I’d really love to wrestle Darby Allen. I’d really love to wrestle Sammy Guevara, Daniel Garcia, and MJF, there are all these people, and then there’s like the big one, and I have wrestled him before, but it would be CM Punk. That would be really cool.”

Read More: AEW Star Peter Avalon’s Contract Along With tree Others Due To Expire Soon 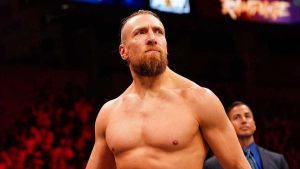 It has been long since Bryan Danielson and Jon Moxley have been in WWE. According to a new teaser that is released in the recent week it seems their rivalry has increased. Bryan seems confident than before. He believes that they are in such an environment where the two wrestling stars can produce an ‘unleashed’ product for fans. Here is how he explains it:

“I’d love to wrestle Moxley in this [AEW] scenario, versus the WWE scenario, you know what I mean?” Bryan Danielson reveals. “Where we are a little bit freer and more unleashed because I think he’s fantastic. There’s one more that would just be super cool for the fans, and for the kid inside of me, and that would be Sting.”

Bryan Danielson has remained a winner and kept his title for months in a row. Very recently his new rival grabbed the WWE World champion. He is none other than ‘Hangman’ Adam Page who doesn’t need any introduction.  There has been a very hard hitting series of matches where these two wrestled together. It turned out to be a sixty-minute draw and few weeks later Page could easily defeat Bryan in a new bloody rematch.