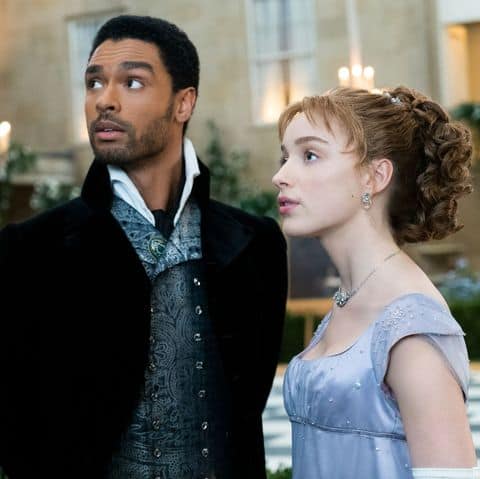 Season one of Bridgerton has been a great success. Due to high demand and popularity season, 2 has just started production. It has made a big mark on Netflix and the raunchy period drama is loved by everyone. The streaming service could easily get 82 million households tuning in to watch it in the first month itself. When the series became an instant phenomenon it is renewed for seasons two, three, and four. We have got all the details about the plot and star cast returning to the series.

What is the plot of Bridgerton Season two? 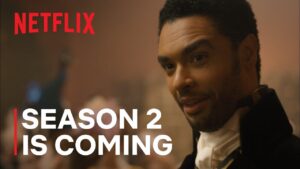 The plot of Bridgerton season two will focus on the love life of Anthony. According to the latest buzz from Van Dusen, Anthony’s character will be tamed for season two. The audience already got a big hint about it at the ending of season one. They also witnessed Daphne giving birth to her and Simon’s son. The story of this series is based on a popular novel and if you are a fan of the novel you will have an idea already. Audiences have already loved the character of Anthony and even the novel is a must-read if you want more details. Bee is going to combine his soul mate and future wife, Kate Sheffield. Season two will be bigger and better and a lot of new things will be revealed in it. You need to watch it and see how it goes.

Who is in the cast of Bridgerton season two? 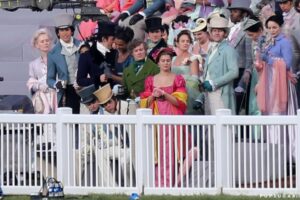 Now that the audiences know that season two will focus on Anthony they have high expectations. The character of Anthony Bridgerton will be played by Jonathan Bailey. He is back to entice the audiences once again. Phoebe Dynevor is coming back as Daphne and Lady Whistle down’s voiceover will be done by Julie Andrews.  Fans will be disappointed that Duke of Hastings, Rege-Jean Page will not be coming back for the second season. The cast and crew and already impressed everyone in the first season let’s see how they perform in the new season. .Netflix has also confirmed four new additions for the casting of season two. Here are the names below:

How many episodes are there in Bridgerton season 2?

Season one of Bridgerton has a total of eight episodes. It is expected that season two will also have a similar number of episodes. Each episode will last for an hour and will be full of twists and turns. Makers are confident as they feel the second season will be better than the first. Let’s see how the audience will react.

What is the release date of Bridgerton season two and where to watch it?

Bridgerton season two is the original series from Netflix. You have to make sure that you have a subscription to the streaming service to watch it. The series will be releasing in April 2021 and after that seasons three and four will also be coming out to attract audiences.