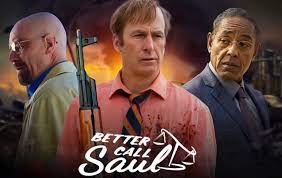 Better Call Saul Season 6 has released a new teaser trailer for the series. The show’s leading star Jonathan Banks was tasked by co-star Tony Dalton to share all the details about the show with the viewers. There is a lot of buzz around the show. The evolving and every changing characters over the course of two series have been revealed in the 60 seconds new trailer. Here is all we know about Better Call Saul Season 6.

Better Call Saul Season 6 is back and a new trailer has been recently released. The trailer revealed new details about the show. It showed the more serious side of Vince Gilligan and Peter Gould‘s Bob Odenkirk & Rhea Seehorn-starring series Better Call Saul. The new teaser trailer for the sixth and final season and AMC’s Breaking Bad Season 2 have been released on the same timeslot. You can check out the newest teaser for AMC Better Call Saul. 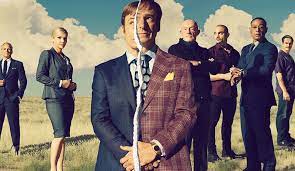 The extended 13-episode Season 6 will kick things off with a two-episode premiere. The show will be released on Monday, April 18 at 9 p.m. ET/PT. The season is split into two parts, and the fans of the show will see seven episodes processing before a break ahead of the series’ final episodes. The finale episodes will start to air on July 11.

Better Call Saul’s final season will complete the complicated journey and transformation of the compromised hero. Jimmy McGill (Bob Odenkirk) turns into a criminal lawyer Saul Goodman. His journey is transformed from the cartel to the courthouse. He is seen moving from Albuquerque to Omaha, during the season six tracks. Jimmy, Saul, and Gene have a complex relationship with Kim (Rhea Seehorn). She is in the amidst of her own existential crisis. Mike (Jonathan Banks), Gus (Giancarlo Esposito), Nacho (Michael Mando), and Lalo (Tony Dalton) are locked up in the game of cat and mouse along with the mortal stakes. 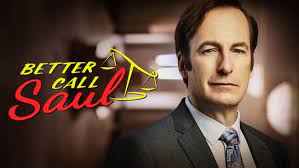 Better Call Saul Season 6 Episode 1 will be titled as “Wine and Roses“: In the first episode Nacho runs for his life. Jimmy and Kim also hatch a plan. Mike will question his allegiances. The episode will be directed by Michael Morris and written by Peter Gould.

Better Call Saul Season 6 Episode 2 will be titled as “Carrot and Stick“: Harsh realities strike Nacho. Gus is see investigating his suspicions. The episode will be directed by Vince Gilligan and written by Tom Schnauz & Ariel Levine.

The series will be produced by Sony Pictures Television, Better Call Saul stars: