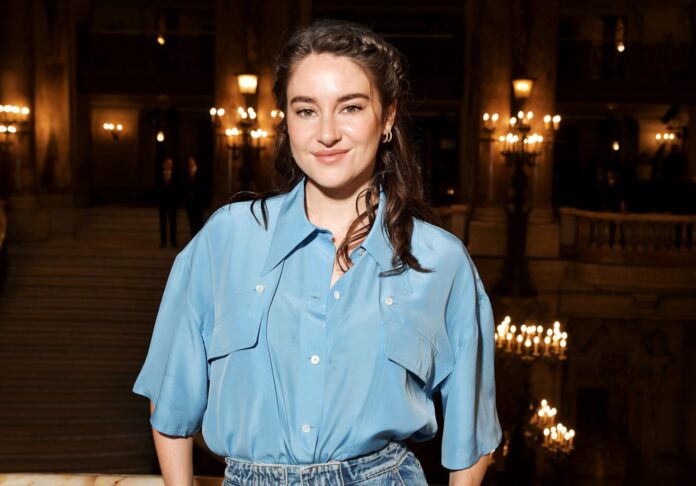 Shailene Woodley is a phenomenal actress and has played many memorable characters. She mesmerized the audience and has given many wonderful performances. She has appeared in many popular movies like The Fault In Our Stars or The Descendants flash. She is one of the most successful actresses in Hollywood and is also a film producer. If you are a Shailene Woodley fan, then here is the list of movies that you shouldn’t miss. People who haven’t seen her movies must check out the movies that we have mentioned below:

This movie is an adaptation of the novel that has the same name, The Fault In Our Stars. Shailene Woodley played the character of, Hazel in the movie and played the lead opposite Ansel Elgort. The film revolves around the life of Hazel and Augustus and is a very heart-touching plot. The lead characters of the movie suffer from cancer. Augustus helps Hazel to meets his favorite author. Shailene plays a very relatable character and has portrayed her emotions well.

The Descendants is another movie that you will fall in love with. This is Shailene Woodley’s first comedy-drama film and was released in 2011 by Fox Searchlight Pictures. In the movie The Descendants, Shailene Woodley shared the screen with George Clooney, Beau Bridges, Nick Krause, and other wonderful actors. George Clooney plays the male lead and Shailene is playing the role of Alexandra King. The story revolves around unexpected events in the life of Matt King. The family drama revolves around the King family. 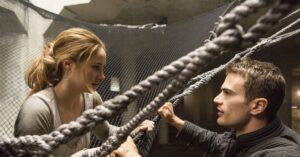 This is one of the most famous movies that stars Shailene Woodley. Divergent is a 2014 sci-fi action movie that is an adaptation of a novel with a similar name. Shailene plays the character of Tris in the movie. Shailene’s character, Tris, has a lot of challenges to face in the movie and fights with evil as well. Shailene plays a courageous and determined women in the movie.

If you like romantic high school drama, then The Spectacular Now is one of the best choices. Shailene Woodley is starring against Miles Teller, in the movie. Miles plays the role of Sutter. He is a popular high school guy and he is into partying and drinking. Shailene plays the role of Aimee who is a very polite and simple girl. The story takes a turn when their paths cross and they fall in love quickly. 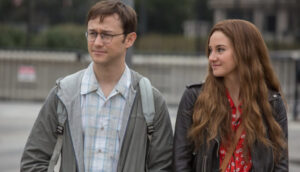 The movie is not very popular, but Shailene’s acting was praised by the critics. The movies are based on the real-life story, of Edward Snowden. He was a whistleblower who revealed information about the high-class people of the CIA. Joseph Gordon-Levitt plays the part of Edward Snowden. Shailene Woodley plays the role of Lindsey Mills, who plays the love interest of Snowden. Shailene’s performance was very much appreciated in the movie but the movie was not a commercial success.