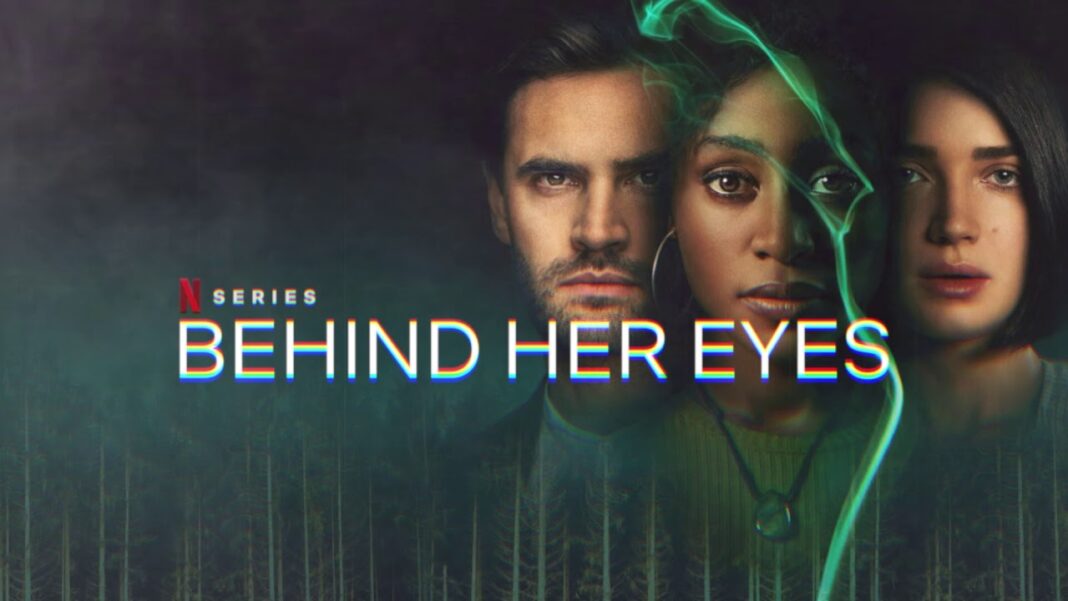 Behind her eyes is a psychological thriller and all the Netflix lovers will be addicted to the twist-filled thriller. The show is filled with suspense and thrill and you will not be disappointed after watching the show.

Behind her eyes is an adaptation of Sarah Pinborough’s bestselling book – notorious twist and it has released on Netflix in February. Everyone is talking about the show as it is one of the top-rated shows on Netflix currently. Here’s all you need to know about the Netflix thriller.

About Behind Her Eyes

Behind her eyes is a highly anticipated adaptation of Sarah Pinborough’s best-selling novel Behind Her Eyes and is a dark and twist-filled thriller. The series is full of psychological chills, and the fans are in for a treat.

Behind Her Eyes Cast 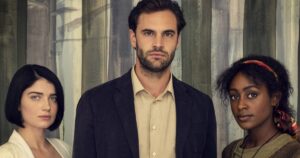 Behind her eyes cast includes leading stars Eve Hewson and Tom Bateman. They play husband and wife Adele and David Ferguson in the show.  Simona Brown plays Louise Barnsley and she plays a single mum who works as a part-timer. She works as a secretary at a psychiatrist’s office and gets involved in an affair with David. The mysterious old friend of Adele’s is played by actor Robert Aramayo. Rober is a troubled and drug-addicted character and is friends with Adele from his time in a psychiatric hospital.

Netflix fans will recognize Irish actress Hewson because they have seen her in the show The Luminaries. She played Anna Wetherell, in the show and has also been popular by appearing in the 2018 adaptation of Robin Hood. She starred alongside Taron Egerton and Jamie Foxx in the show. The actress is also known as the second daughter of musician Bono She plays Bateman and is famous for his role in Murder on the Orient Express.

Behind her Eyes Plot

The plot of Netflix’s new limited series follows the story of the 2017 novel Behind Her Eyes. The novel has been written by Sarah Pinborough and is one of the most famous novels of all time. If you’ve read the book, then you must know about the affair between Louise and David. The show has a twisted drama and the series follows the concept of the novel.

In the book, Louise doesn’t know that the psychiatrist David – meets him at a bar and hooks up with her over the weekend. She doesn’t know that he will be her new boss on coming Monday morning. She discovers that she has befriended his wife Adele in secret. This uncovers strange realities about their marriage.

Episodes of Behind Her Eyes

Netflix has a total of six episodes and trusts us that you will stick to all the episodes of the show as all six episodes are full of twists and turns.

Behind her Eyes Release Date

Behind Her Eyes has already been released on Netflix. The first episode of the series was released on February 17th, 2021. You can catch all the six episodes of Behind her eyes on Netflix.