Bayley Talks About Her Possible Return To WWE NXT 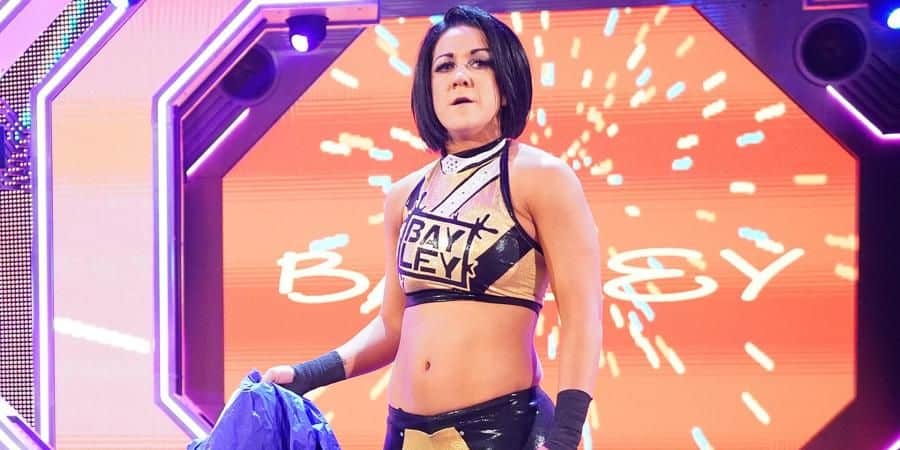 Bayley is playing hide and seek since the time the news about her return has come out. She is not openly talking about it on her social media accounts either. Although nothing is confirmed as of now but it seems she will be making a return to WWE NXT. The wrestling female superstar has become a role model for many. She is making an appearance at the Nashville for SummerSlam weekend. This all probably means that we are moving closer to her ultimate comeback for the company. Here are more details on this story:

Bayley Will Return To WWE NXT 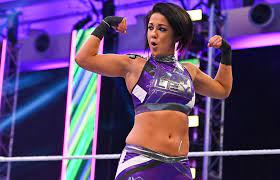 Bayley has recently played a little trick with her loyal fans. They seem to be confused and reacted to Core Jade’s heinous actions at NXT 2.0 last night. The newly won NXT Women’s Tag Team Championships paired up with her Roxanne Perez.  On this Cora came up and started to attack her from the title and skateboard itself.

Roxanne on the other hand had to face NXT Women’s Champion Mandy Rose last week. It was a in a singles non-title match. However at one point when Roxanne tried to get inside the ring through the rope she was stopped. Her partner Cora Jade grabbed a convincing Women’s Tag Titles. Moreover she slammed her back and that led to a loss in the match as well.

Once the toxic attraction started inside the ring things started to get even more intense. Cora came up into full effect and tried to destroy Roxanne. After dumping all these Women’s Tag titles last night Cora is heating up with anger. She even abused her partner Roxanne and thinks that she used her to get her way towards the winning title. If this isn’t enough she thinks that her sweet little alliance with Roxanne is a lie. She had her eye on the Women’s Championship.

One of the fans of Bayley asked her if she wishes to return inside the right. In a reply to this post she mentioned: “Guess I have more work to do’’. Well this has come as a pleasant surprise for her hardcore fans. It also gives a hint on why Bayley is poking her nose into other wrestling superstars business. If you are curious you can check out her tweet on her twitter account as well.

Bayley Was Out Of Action Due To An Injury 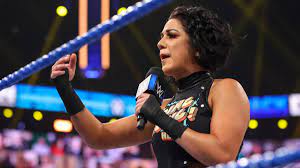 Last year has been a little challenging for Bayley. She believes in giving good performances inside the ring. However, things didn’t remain same as she suffered an injury in the previous year. Few days before Money in the bank she got an injury. It couldn’t let her perform at an important match that was originally planned with Bianca Belair. They were up against each other for the SmackDown Women’s title.

This was an ‘I Quit’ match but it was revealed she cannot take it up due to injury. At that point she had been out of WWE for many months altogether. Her torn ACL took some time to heal and it happened to be a big disappointment for her. Furthermore, it was a major setback for the WWE universe in a lot of ways.

All her loyal fans were anxiously waiting to see her back in action. Currently all the rumors are heating up about her possible comeback. It is making everyone curious and they are checking out various news portals for the same. Her possible return can happen at the second biggest show of the year SummerSlam. However, we can hope to see her appear at Saturday night of 30th Nashville.

Bayley has had one of the most memorable and striking run in the history of women’s wrestling. She has been a part of ‘NXT and became “NXT Women’s Champion’’ in 2015. After having a classic contest with Sasha bank inside the ring, she won the match. The best part is that she is holding this title for over 200 days in a row. This all came to her as she was about to leave the black and gold fold in 2016.

If we talk about her performance on the main roster Bayley has done very well. Both Bayley and Sasha Bank have become WWE’s inaugural Women’s Tag Team Champions. Ironically in an Elimination Chamber match that included Rose. Both these wrestling superstars made a return to ‘NXT’ in 2020. This is where they were defending titles against Shotzi and Tegan Nox.