Banana Split Movie: Review, Plot, Cast and All You Need To Know

Banana Split is a perfect movie that you will fall in love with. It is a teen film that focuses on friendship, drama, and romance. The movie gives out a message that friendship is more important than love. The film has fresh actors but they have done a great job and make the film one of the top-rated movies in the summers.

Is Banana Split worth watching?

Banana Split is a story about two girls who give priority and importance to their newly found relationship. The movie is filled with the bright script and impressive and expressive dialogues make Banana Splits a worth watch movie. It is a new age tale that has a few stereotypical elements but is blind to emotions and love. The parameters of love and friendship are defined beautifully and make this movie one of the most entertaining movies of all time.

Who is in the cast of Banana Split? 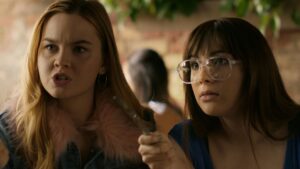 The cast of Banana Split includes fresh actors who haven’t done a lot of movies before. The actors include:

Banana Split: What is the plot of the movie? 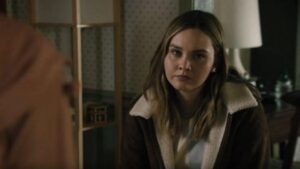 Banana Split has a unique storyline and is based on the friendship and bonding of two girls. April and Nick are dating in their high school days. Their romance gets at its peak as they date for two long years. Things take a new turn when both of them decide to go to different colleges. They start to drift apart but don’t formally break up.

Nick starts dating another girl called Carla. April starts to become jealous of Carla when she spots her in the Instagram pictures of Nick’s account. She starts stalking her and the two girls meet up at a house party. They bond over a few drinks and realize that they have a lot in common. They become best friends and start to ignore Nick. They prioritize their friendship over Nick and stay by each other’s side.

Banana Split Review: Is it worth watching?

Banana Split is set in a time when school is about to end and college is about to start. It is about a phase in life where friendship deepens or is forgotten. The film gives out a positive message that friendship is the most special gift on this earth and it can give you a lot of comforts. The film focuses on heartbreaks and how people get hurt due to breakups.

It also focuses on how life changes and how people move on and forget people and things. There are times when friends can be more comforting than love. Love can give you heartbreaks and you might want to stay away from relationships but friendship can soothe you and can be a support for you always. If you have been bored and want to enjoy a warm and sweet film then Banana Split is the best option for you.

When did Banana Split release and where can you stream it?

Banana Split released on September 22, 2018. The film is streaming on Netflix and you can catch it in HD quality.