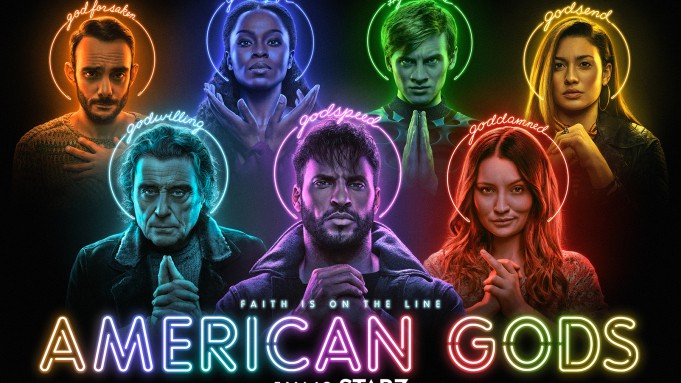 American Gods s3 will be releasing soon and Starz has revealed the final trailer of the American Gods season three. The trailer gives a sneak peek into the long-awaited season and this one is the most detailed trailer of the s3 so far. The popular actors Ricky Whittle, Ian McShane, Emily Browning will be seen reprising their roles in the third season and the important characters of the show will be seen getting involved in deep trouble again. American Gods is an adaptation of Neil Gaiman’s fantasy book which is titled with the same name. The novel was published in 2001.

What is the new trailer of American Gods S3 all about?

Shadow is lying low and is trying to stay hidden in the snowy hamlet of Lakeside, but we see the whole world conspiring against it and wish to bring him out in the open. He realizes that it might not be possible for him now to walk away since the whole world is in peril. The new trailer features the tale of the new characters in the third season and indicates that these characters will be a major part of the show.

The trailer highlights Danny Trejo’s character who is seen in full action and there are also a few scenes of Marilyn Manson who manages to hook the crowd. We also see a glimpse of other new characters that are played by the actors Lela Loren, Devery Jacobs, Blythe Danner, and Julia Sweeney.

Why you should look forward to American Gods S3? 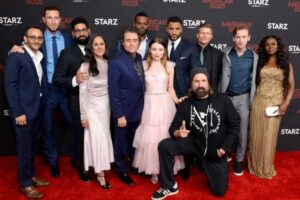 The characters on the show will be making a return with full glory. There is a special clip in the trailer,  where Crispin Glover’s Mr. World says, “We will hunt and kill every one of you that gets in our way. The fans can expect a war fought between the Old gods and the New and the fight will be in full swing.

American Gods are famous for its outstanding visual effects and the fans are excited because season three’s graphics are even better than the previous ones. The new showrunner of the show, Charles Eglee, has been a part of The Walking Dead production team, and the fans can expect some amazing CGI in the season.

When will American Gods S3 air?

If this post has made you excited then you must want to know where and when you can catch season 3 of American Gods. Starz has made an official announcement and has announced that the fans will get a surprise and will be able to catch American Gods marathon.