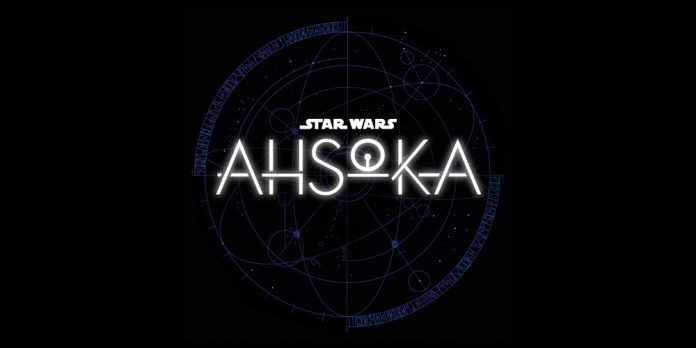 Ahsoka is one of the most anticipated Star War series. The first footage from Disney+ series Ahsoka is out now and exciting every fan. Everyone will be excited to see Rosario Dawson reprising the role of ‘The Mandalorian’. She made a debut with this series and since then there is no looking back. The footage is revealed for the crowd at the Star Wars Celebration. It is not surprising that the filming of the series is going on since three weeks now. All of it is managed to be very illuminating as of now. Here is more to this story:

Contents show
1 Chopper To Appear In Ahsoka
2 Natasha Bordizzo Joins the Panel To share More about Her role
3 What is the Plot of Ahsoka?

Chopper To Appear In Ahsoka 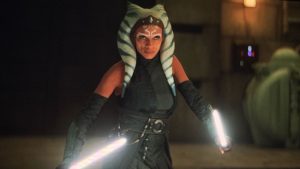 The first trailer for the Disney+ series Ahsoka has come out recently. It is bring three of the Star Wars Rebels characters to live-action. First and foremost, Dawson traveled to the celebration from the sets of the show directly. Mando+ panel will bring Chopper, the droid from Star Wars Rebels along with her.

She confirmed that Chopper will indeed appear on the show. However if you watch the footage closely two more characters are revealed from Rebels. They all will be making their way onto Ahsoka. Fans can briefly catch up with Hera, though no other information for the appearance is available for the audiences.

Next up is Sabine Wren, the young Mandalorian woman. She comes from the animated series and will enter the story right away. Natasha Liu Bordizzo (The Society) will play another interesting character. She will complete her signature with short hair that looks innovative. However, we can catch up with Sabine very briefly from behind the teaser videos.

Natasha Bordizzo Joins the Panel To share More about Her role 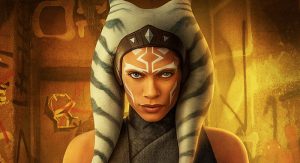 Natasha Bordizzo has recently joined the panel where she will be taking about her role on the show. Here is what she has to say:

‘’I feel like I’ve just been adopted into a new family,” she said. “I have never experienced anything like this. [It’s] going really well… I know how much Sabine means to everyone in this room. In watching Rebels, she’s come to mean a hell of a lot to me too.”

We have to wait and see whether this footage will be available sooner or later. For now we can be sure that both Sabine and Chopper are going to be a part of Ahsoka series. It will premier soon and you can mark your calendars once the official date is revealed.

What is the Plot of Ahsoka?

Everyone must be curious to know about the leaked plot of Ahsoka. The story revolves around the character Ahsoka Tano that is played by (Rosario Dawson). He is on a hunt for the evil Grand Admiral Thrawn.  Hoping that he will help her locate the lost Ezra Bridger, the young Jedi who has disappeared with Thrawn many years before’’. The series is anticipated by millions of audiences. If you are looking for more updates keep checking this space!