There is another news coming from the WWE world. Mustafa Ali is asking for his release from WWE. He took his twitter to reveal it to his fans. All the wrestling fans are surprised why this is happening. There is still no concrete news on why he is asking for his release. The good thing is that they he has revealed it directly to his fans as he doesn’t want to worry them. Mustafa has given a lot of good performances inside the ring. Here are more details about this story:

Mustafa Ali takes his twitter to reveal news of his release 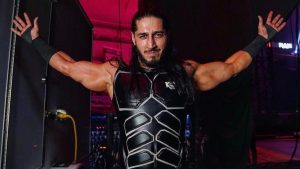 Mustafa will soon release from WWE. He took his twitter to share this news with all the fans. Here is what he has to say:

“I have a message that is much bigger than my dreams in pro wrestling,” Ali tweets. “Despite my best efforts, I will not be able to deliver this message while working with WWE. “Therefore, I am requesting my release from WWE.”

In 2016 Mustafa earlier signed up with WWE to wrestle in the Cruiserweight Classic. He took part in a match during October 29th episode of SmackDown. After losing to Drew McIntyre he had to take some time off from WWE. During that time he was taking a paternity leave and welcomed a third child. Last November he posted a ‘better America’ promo and it was supposed to be a storyline. However it was ultimately nixed and couldn’t even start. According to WWE it is not related to his paternity leave. He himself believed it was nixed as it is controversial.

Mustafa reveals his thoughts about WWE 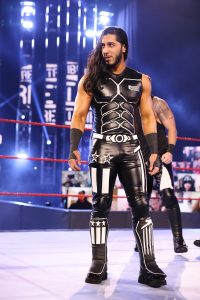 During the episodes of ‘The Bump last November Ali revealed that he considers himself unlucky in one aspect. He believes that he was the ‘most unheard voice in the history of WWE’. Here is how he explains it:

“I think I’m the most unheard voice in the history of WWE,” Ali said, partially in character. “With zero hesitation in my voice, with no flinch whatsoever, I will say pound for pound, I am the most underutilized talent in this company’s history. Does that put it into perspective for you? “Here’s the thing, I speak many languages, and one of them is the truth, and I know that’s a foreign language, especially around the WWE Universe. But the truth is, I’ve been great this entire time. All it is, is an opportunity that I’m asking for. And when I do have those opportunities, some outside intervention always just seems to show up conveniently’’.

“You mentioned one person who did that hashtag, #JusticeForAli. Listen, I’m that same guy who came back from a serious, almost career-ending injury, and for weeks, all I heard was, ‘Kofi, Kofi,’ night in and night out. I moved on, but I’m rehashing here. Same thing at Money in the Bank. The next night, they were dancing with Brock [Lesnar]. Where was Justice for Ali then? I’m not looking for anyone’s support. I don’t need anyone’s support. The only thing I need is an opportunity. I’ll handle the rest.”