Wolves On The Westwind To Release In May 2022 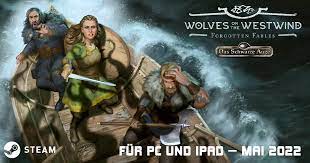 Ulisses Digital which is owned By Gravity has revealed that they will be releasing their upcoming game Wolves on the Westwind. The video game will be packed with many upgraded and powerful features. These features will make the video game exciting and fun. If you want to know more about the video game then read the post below to find out more about it.

Wolves On The Westwind Release Date

Wolves On The Westwind will be released on Steam this May. The exact release date of the video game has not been revealed as yet. If you are curious to know about the release date, then check out this space often. The game doesn’t have a set release day and all we know is that it will release in May. It will be coming on both iOS and PC via Steam next month. You can enjoy the trailer of the video game.

Wolves On The Westwind Plot 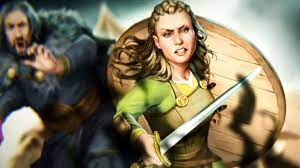 The game is based on The Dark Eye. It is a successful TTRPG series that will be primarily set in Europe. The virtual world will consist of events that have been active for over 40 years. This game will apparently be the first of many games that will be upgraded with the latest features. This particular game will be using a choose-your-own-adventure mechanic and will tell the narrative adventure.

Wolves of The Westwind Gameplay

The player will be a wayward warrior who is seeking you’re his path in life. He will be battling darker forces that have awakened. In the wake of rising tensions and dark omens that are manifesting in Aventuria, a powerful force that has been long forgotten will be reawakening.

On your way to the quiet Thorwalian town of Isleifsfell, the players will be swept up in a quest and will destroy this evil. It will once again rain terror down on the North and will bind you by trial and fate of the children of Isleifsfell’s hetman. The players will also experience a mysterious elf and the ottajasko of the infamous Thorwalian raider, Orlvir Eiriksson; the Wolves on the Westwind. You will have to choose to lead you down the path to redemption or condemnation and will tread carefully.

Wolves Of The Wind Features 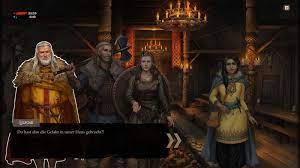 Wolves of The Wind will feature the two different playable characters. They will have their own skills and stories. You can choose your own path and will enjoy a highly flexible visual novel that is designed with outstanding artwork. The intuitive and easy-to-learn mechanics will be hosting a series of fascinating characters that the players will meet along the way. Your win will depend on your decisions, as you will be accompanied by a group of different companions. The players will face alternate endings and can your own version of the expansive story.