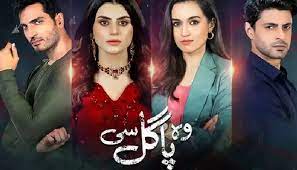 ‘Woh Pagal Si’ is an ARY Digital drama series. The drama gained the attention of the audience quickly with its strong and gripping storyline. The viewers are enjoying every episode of the drama and wait for the new episodes to air every week.

If you haven’t watched Who Pagal Si yet, then this post will be helpful for you. You can get to know the details about the drama and decide whether you want to watch it or not. We have gathered all the information related to the show. Scroll down to know all the details about Woh Pagal Si. 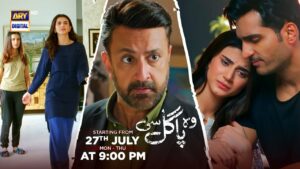 Woh Pagal Si is the story of a girl, named Sara. She has difficulty adjusting wtoShazma who is the second wife of her father, Ahsan. Shazma got married to Ahsan for money and she treats Sara badly.  The plot takes an interesting twist when Sara introduces Wahaj to her dad. Wahaj is the man she loves and wants to marry. She convinces her father to let her marry Wahaj.

Babar Ali as Ahsan Hayat plays an influential businessman who gets separated from his first wife. He gets trapped easily because he is a soft-hearted man. Ahsan is a loving father and loves Sara a lot. Zubab Rana as Shazma is a greedy woman and is manipulative in nature.

She gets married to Ahsan for money and hates her stepdaughters. She is still involved with her lover, even after marrying Ahsan. Hira Khan as Sara plays Ahsan’s second daughter. She is rich and spoiled daughter of a rich businessman. Sara is outspoken, and says whatever she wants to. She is extremely possessive of her father.

Omer Shehzad as Wahaj is Madly in love with Shazma. He has a lot of grey shades and has a villainous nature. He has evil attributes and can do anything negative to get his love. Saad Qureshi as Zaheen, is from a lower-class family. He is the son of Ahsan’s driver and is simple and decent in nature. The career-oriented boy is preparing for the CSS exams.

Every bond is beautiful, but there is no relationship that can replace the other. Everyone needs a partner in life so that they can lead a peaceful and happy life. Money is not everything and even a rich man needs a faithful companion.

It can become difficult for a rich man to get to know about the true colors of a person. He often falls prey to those who eyes his fortune. Sometimes people who seem the closest can be the farthest ones. 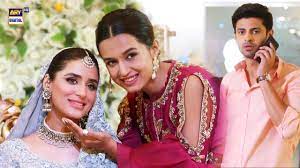 Woh Pagal Si is written by Sadia Akhter. The direction of the drama is done by Faisal Bukhari. The drama marks the return of Babar Ali on ARY Digital. Here is Woh Pagal Si cast details:

Woh Pagal Si Release Date And Where To Watch Online

Woh Pagal Si airs every Monday to Wednesday at 9:00 PM. The first episode of Who Pagal Si aired on 27th July. You can watch the drama on ARY Digital’s official YouTube channel.