What Lies In The Multiverse Receives Red Band Trailer 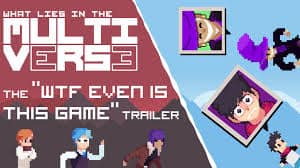 What Lies in the Multiverse is a puzzle game that is packed with fun-filled adventures. The puzzle-platformer is filled with brim and hijinks. The chaos and reality-bending adventure will keep the players immersed in the video game. Untold Tales has released an update about their new video game. According to the official reports, the game will be coming to your gaming consoles soon. Here is all you need to know about it.

What lies in the Universe Trailer

The trailer for what lies in the Universe is out. You can check out the trailer to know more about it. The gameplay trailer revealed the features of the game. The fans will also be getting the Red Band version for the game. Along with developers Studio Voyager and IguanaBee, the team also showed off some of the fun aspects of the game.

What lies in the Universe: What is it about?

The multiverse is filled with more than just cool places to visit. The gamers will enjoy the full-fledged terrors that will rip your soul from your body. You will be able to shape it like clay and throw it back in. Everything that the fans will experience will not just be wine and roses. There are many people in the multiverse who don’t like you and will punish you.

What lies in the Universe Release Date 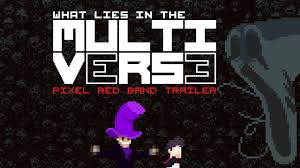 What lies in the Universe video game will be released on Steam on March 4th, 2022.

What lies in the Universe Gameplay 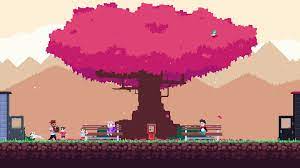 What Lies In The Multiverse is a puzzle game that has an intriguing storyline.  The reality-bending adventure will make the players harness the power of the multiverse!

The players can switch worlds in mid-air and will be turning pitfalls in bridges, walls into tunnels. You can turn your foes into friends. Make sure to be careful when you mess around with gravity. The players will embark on a journey all around the gorgeous pixel-art worlds.

The video game will be packed with a unique parallel reality and the players can dive into it at will. You can also explore a wide range of temples, towns, harbors, as you race to unlock the secrets of the Multiverse.

The players will explore a vast cast of quirky characters. The characters will include mad scientists, secret agents, sweet old ladies. You will also meet up with the enlightened monks, and a charismatic, genius named Everett. He promises to take you on a whirlwind adventure and will tell you the whole truth about himself. The video game will be a light-hearted but emotionally nuanced story. It will delve into the darker side of human nature.